The Super Bowl Ads That Took Off On Twitter During #SB50

In fact, I wasn’t rooting for anyone in Super Bowl 50’s showdown between the Denver Broncos and the Carolina Panthers. The Super Bowl may be the biggest sporting event in America, but for casual fans like me, the advertisements are as big a draw as the game itself.

With the largest annual audience of any television event by far and commercial spots that cost about $167,000 per second, you can count on advertisers putting their absolute best foot forward. 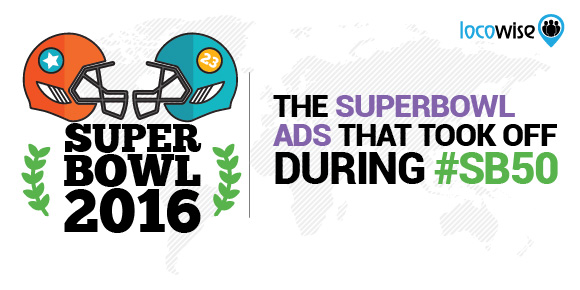 There’s been a growing emphasis on creating ads that trend on social media and, while slightly down from last year’s figures, a hefty 45% of ads this year came with an accompanying hashtag. Let’s take a look at a few of the efforts that took aim at the Twittersphere, what worked, what didn’t, and what we can learn from it all.

Esurance orchestrated one of the most successful hashtag campaigns of all time when they aired their #esurancesave30 commercial directly after the 2014 Super Bowl game.

This year, they put a spin on the same idea with their #EsuranceSweepstakes campaign – instead of giving the entire million dollar pot to one winner, they split it up into smaller (but still substantial) prizes that were awarded to several lucky retweeters. Unsurprisingly, it was one of the most tweeted-about campaigns of the game.

While not quite as sensational as the first time around, the campaign still generated over 1.5 million retweets and more than 850 million estimated impressions. Certainly nothing to scoff at.

The takeaway? Twitter contests are quick, easy, and people will participate in them. Especially if you have a million dollars to give away. 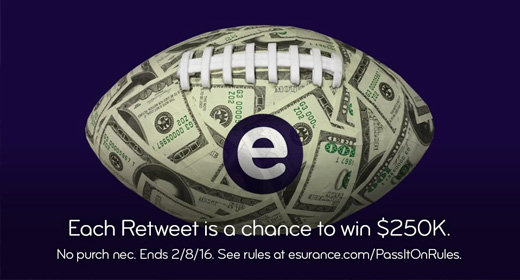 There’s been an awful lot of online chatter about Mountain Dew’s #PuppyMonkeyBaby ad, and let’s just say not all of it is positive. It turns out the commercial had quite a few viewers squirming in their seats. Watch it for yourself to see why.

Whether you thought it was hilarious or downright disturbing, it would be difficult to argue that it wasn’t memorable. In fact, it was so memorable it will probably be haunting my dreams for the next few weeks. And let’s face it – that’s probably what they were going for.

If attention is what Mountain Dew wanted, they succeeded. The hashtag #puppymonkeybaby has been used in more than 136,000 tweets, retweets and responses since game day while the ad itself has reached 11.5 million views and counting on Youtube. While we don’t necessarily agree that all publicity is good publicity, those numbers are impressive and it will be interesting to see how this impacts the sales of Mountain Dew Kickstart. 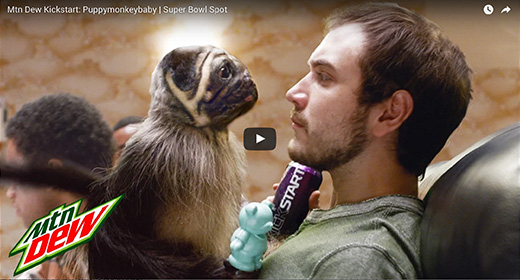 There was a lot of positive buzz surrounding the commercial for Pokemon’s 20th anniversary. After all, it was well crafted and totally nostalgic for a lot of viewers (myself included). What’s not to love?

But here’s where the folks behind Pokemon made a mistake. Last week, they posted the video to their Facebook page via a link to Youtube, rather than through Facebook native video. Whoops.

Granted, the post still pulled in an enormous 136,000 likes and 36,000 shares, but it would almost certainly have made an even bigger splash if it were posted native to Facebook. Remember – Facebook native video gets better reach, plain and simple. 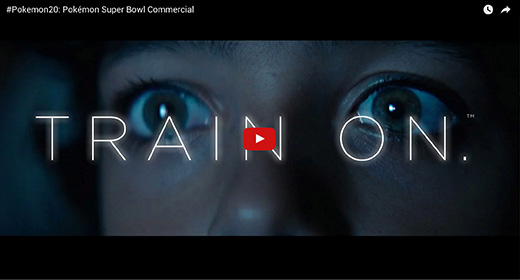 Budweiser – a perennially strong Super Bowl advertiser – put together several spots for this year’s game, but for many this anti-drunk-driving themed ad stuck out as the most memorable. It’s not hard to see why, given Helen Mirren’s disarmingly ruthless berating of drunk drivers.

We like the fact that Budweiser encouraged tweets by pledging to donate $1 to safe ride programs for every use of the hashtag #GiveADamn. It gives people an added incentive to participate while also sending the message that Budweiser does, in fact, give a damn.

There were plenty of positive endorsements from normal users and celebrities alike. The hashtag even had its own Twitter ‘hashflag’, a custom emoji-like emoticon that appears automatically when used. 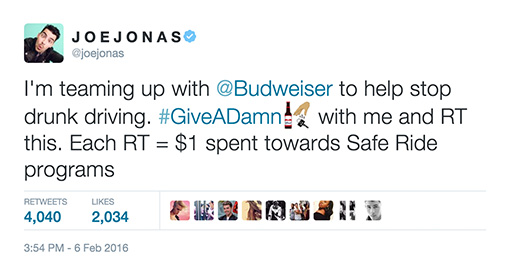 Since the game, the size of Budweiser’s promise has risen to over $40,000. We would have loved to see the hashtag catch on even more, but we applaud Budweiser for using such a big platform to share an important message.

With its creative concept and genuinely funny gags, the Avocados From Mexico advertisement was one of the sleeper hits in this year’s Super Bowl.

While the commercial itself has only amassed a relatively modest 2.8 million Youtube views (compare that to Pokemon’s 18 million), the campaign is still faring very well on social media. As of today, the hashtag #AvosInSpace has been used in over 110,000 tweets, retweets and responses.

The success of the hashtag has been helped along by a sweepstakes via the www.avosinspace.com website, in which Twitter users can use #AvosInSpace and #sweepstakes to win a trip to Mexico and a year’s worth of free avocados. It’s not quite as straightforward as a simple retweet contest – you need to upload a picture to go with your submission – but it’s still easy enough for people to want to get involved. 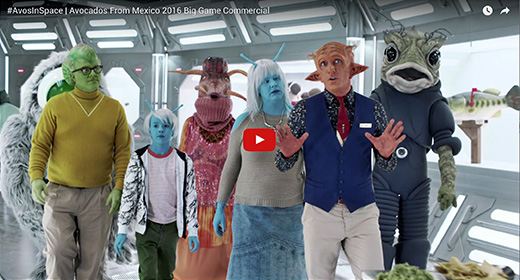 Since game day, #DefyLabels has been used just 3.5 thousand times.

How could they have amplified the campaign on Twitter? Simply asking viewers to share how they #DefyLabels might have drummed up participation. This could have been done through the celebrity endorsers’ Twitter accounts to avoid watering down the commercial itself, and would likely have resulted in a lot of positive discourse. 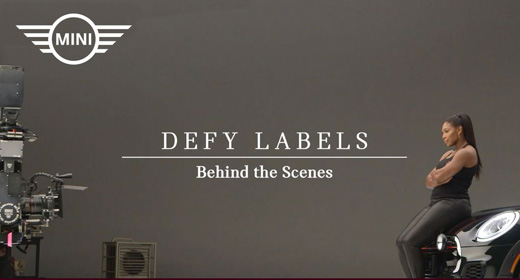 Looking for the best analytics tool to measure your campaign’s performance? Locowise offers deep hashtag analysis and hundreds of actionable metrics so you can keep tabs on the data that matters. Try a 14-day trial, absolutely free.