#Covfefe And How To Take Advantage Of Social Media Trends

If you went back in time to 2007 and told someone that the President of the United States would be using Twitter as his primary method of communication with the American people they would laugh in your face.

Similarly, you could mention that a dress would result in a worldwide sensation that would drive people to learn more about optical illusions and the way human brains work. If taken out of context, it is a ridiculous statement. Yet, today all of us remember the blue-and-black, white-and-gold debate about the dress.

Internet trends ignite a fire of social engagement and much like a firecracker, such trends tend to burn out quickly. They are often unpredictable, come and go unexpectedly and end only a few hours after they’ve first appeared. 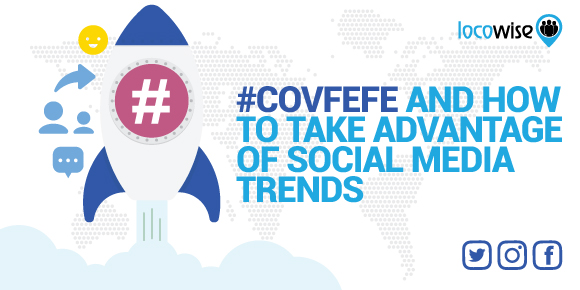 The most recent such case is the infamous #Covfefe fiasco. Started by President Trump on Twitter, the trend climbed the top trending hashtags on the social media in mere minutes and retained its position for over a day. Nevertheless, as expected, the trend disappeared from the trending tab on Twitter soon after.

However, the trend did spark an interesting thought in our minds. Is there a way for you to know what’s going to trend beforehand? Can you be the first to jump onto the bandwagon of the next big social media trend?

Let’s first recap the #Covfefe fiasco before diving further into the discussion of what starts a social media trend. We’ll also look at where you can expect to find a trend first, how to properly interact with a meme culture and even how you can start your own social media trend. Without further adieu, let’s get started!

The #Covfefe Fiasco will long be remembered in the short span memory with long term repercussions for social media. A few weeks back, the president of the United States, who also loves Twitter, posted an unfinished Tweet, ending with the word covfefe.

Having the audience he has, President Trump single-handedly started a new online trend that resulted in the overnight sensation of #covfefe. Some people decided to make sense of the message via funny explanations, while others quickly took advantage. Most recently, politicians and online media decided to breathe new life into the online meme via the COVFEFE bill.

Nevertheless, despite the recent uptick into the infamous trend, chances are it will soon be forgotten, yet again. That being said, one of the biggest questions on the mind of marketing specialists is just how to jump on a trend when it’s most explosive and get out before it comes to an end.

If you are interested in technology, you are probably already aware of the tech hype cycle. Basically, the cycle is an idea that every new and innovative technology goes through a frequency distribution, based on the adopters of the said technology or device.

In most basic terms, the hype cycle explains that the first 2.5% of the adopters of a new technology would be the innovators, the following 13.5% being the early adopters, followed by the early majority of around 34% and the late majority of another 34% with the cycle finally coming to a close with the so-called laggards of 16%.

The further notion of the hype cycle suggests that most new technology struggles to climb the hill of the innovators and early adopters to go into the early majority.

Having this thought in mind, we can discuss online trends in a similar hype cycle. First, you have the trendsetters, followed by the early adopters of the trend. Usually, social media marketers tend to join in on a trend around the type of the early adopters or right on top of the hill with the early majority. 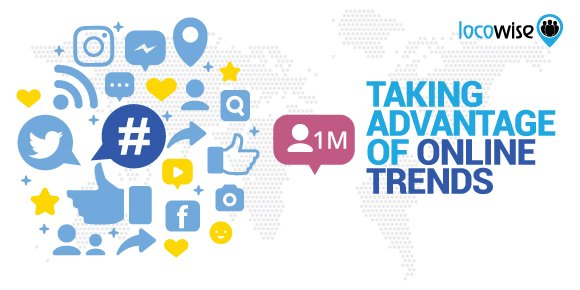 However, much like people aren’t proud of purchasing the Google Glass or the Ouya or explaining how they are going to be the next revolutionary devices in each of its respective industries, you don’t want to be the social media manager that jumped on a failing social networking trend. At the same time, you certainly don’t want to be late to the party.

In fact, one of the most curious strategies we’ve learned from was to check the Twitter trending tags with Google search. The speculation goes that if a Twitter trend is found under the News section of the search engine, the trend has already taken off and you should jump on the bandwagon immediately.

The most basic way to know that an online social media trend is happening is by simply trusting your gut intuition while following the hashtags on the platform of your choice. Nevertheless, we have more advanced and proper tips on just how to track, monitor and analyse hashtags right here.

The Online Meme-Culture and Tipping a Hat Off to Them

Most online trends start out as memes. Simple jokes either in picture, video or text form, memes have taken over the internet culture and there’s no sign of stopping. With this in mind, and if your brand image lets you, there’s a great way to ensure that you are one of the first marketers to jump on a trend while also engaging with your audience.

The two websites you should pay close attention to are KnowYourMeme and Reddit. There you will be able to come to a better understanding of the online lingo and often engage with new and upcoming trends in social media even before they start.

Granted, for some brands, this is often a double-edged sword. Usually, when a popular meme-based trend is picked up by marketers or the mainstream media, the results aren’t positive. Take Hillary Clinton and the Dab, for example. Despite trying to appeal to a younger audience, her attempts only managed to achieve the opposite.

Instead of trying to appeal to an audience you don’t truly understand, you should rather focus on knowing what a trend is all about and why it is popular with the said audience. Doing that beforehand will ensure that you are able to tip your hat towards people using the online lingo while also avoiding a backlash due to misappropriation of a trend.

Having proper knowledge of the online lingo can serve wonders for a brand. Take Wendy’s as an example. After changing up their Twitter marketing strategy, the fast food chain saw a huge increase in the engagement of their posts.

Understanding the meme culture, Wendy’s managed to take advantage of the use of memes within its marketing message without appearing ignorant. At the same time, Google’s ‘It’s Lit‘ report was ridiculed for its misappropriation of terms used by the younger generation.

Time to crack open a cold one with the boys. pic.twitter.com/VWo2QH6rBl

How to Start your Own Social Media Trend

Of course, if being in-sync with the online meme culture isn’t exactly your speed or if you believe that it won’t represent your brand or marketing message properly, you can always try out starting your own social media trend.

It should be obvious that out of the two, this task is definitely the more difficult one. Yet, this doesn’t mean that things won’t turn out in your favor.

In fact, being the holy grail of a social media marketer, starting a viral trend for the purpose of advertising is a seemingly impossible feat. Yet, we often see examples of brands achieving huge engagement rates from proper viral campaigns.

One of the biggest mistakes most social media marketers make when they decide to start a trend is by trying to come up with a clever and funny hashtag. While this might work, it’s far better to rely on your awareness.

The days of people not making the difference between a hashtag used for promotion and an honest engagement attempt are behind us. Blunt advertising rarely leads to success. Instead, you should aim at delivering a message that relates to people while also taking a note of the fact that your audience is aware of the sales aspect of your message. 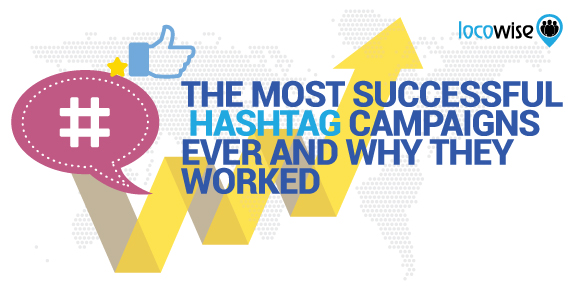 We take a look at some of the most successful hashtags and the reasoning behind them. It is a great follow-up read on this topic and also serves to show just how you can start your own social media trend the right way. Check it out here.