When is a filter too much? - Locowise Blog

When is a filter too much?

Instagram is incredibly popular, and there is a reason for that. It’s quick, incredibly visual user experience places it head and shoulders above other photo-sharing apps. However, that ease of use and general popularity may well have caused a few extra problems that Facebook (owner of Instagram) would do well to try and avoid moving forward. The bad news is that one of the most popular ways to use Instagram is coming under attack.

The use of filters on Instagram is huge. People love the way a filter can change their appearance, sometimes in huge ways. Filters can make people look like cartoon versions of themselves. Filters can make their eyes look bigger. They can make you look tired, old, or young. 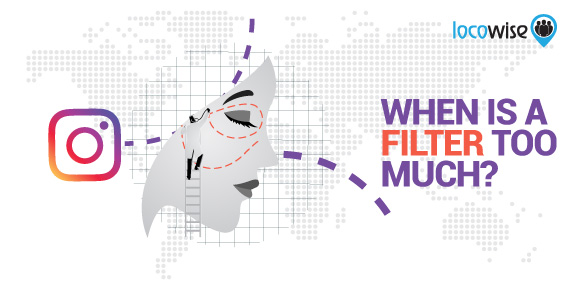 However, a recent craze has caused a huge problem. The filters that are, essentially, focused on plastic surgery are proving to be a major issue. In this era of body conscious people, especially younger people, filters that can show what you might look like with cosmetic surgery have become rife. But it’s not a good thing, and it seems that, rather predictably, young people are becoming emotionally and mentally affected by the option of using such filters.

Last month came news that Instagram had had enough. It declared it was to ban augmented reality filters that promoted any aspect of the benefits of cosmetic surgery or altering. It also said it was banning filters that depicted cosmetic surgery. Unsurprisingly, it stated that research shows that such filters could make people feel bad about how they looked.

"While we’re re-evaluating our policies, we will remove all effects from the [effects] gallery associated with plastic surgery, stop further approval of new effects like this and remove current effects if they’re reported to us.”

So how did we get here?

Put simply, Instagram has brought this on itself. There is a huge amount of pressure on young people these days to fit in with the people they communicate with on social media. The Instagram problem stems from the fact that new expectations are being thrust upon young people. If you’re not ‘Insta-beautiful’, then filters can help.

Filters were meant to be fun, but one of the ways filters didn’t help is by providing the option to drastically alter your face. And this is now very much part of the Instagram experience. People enjoy using the filters to look funny or different. Other apps, however, can actually present users with an image that looks like they have had some cosmetic alteration.

If you want big lips a filter will be able to provide them for you on your image. If you want more hair, that can be arranged too. And if you want to look as beautiful as a top Influencer on Instagram, there is usually a filter for that.

Essentially, technology has advanced so much that it’s made it easy to imagine oneself as a different person altogether. Well, online at least.

What Instagram and any other platform that uses face filters has done is make any definition of ‘beauty’ a constrained one. People see perfect faces on Instagram, and then find a filter that will allow them to copy it in their photos. This happens even if the user is not quite sure that the original post used filters at all.

The ‘Fix Me’ filter on Instagram actually shows your face with cut lines across the face, as in plastic surgery cut lines. That filter is no longer with us, and it spooked Instagram when it’s people were realising it was happening. That’s because it was essentially making plastic surgery desirable. If you can see what surgery would bring to your looks, and you liked it, it would be tempting to think of yourself as anything other than what you ‘could be’.

The pressure mounts as friends and famous people keep experimenting with filters. Banning cosmetic surgery filters is basically the logical end to a troubling period in social media. But the measures Instagram is taking may not be enough. 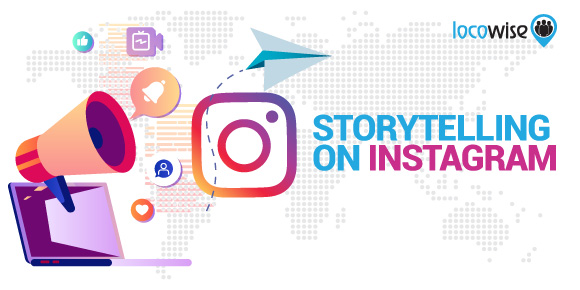 Users are awash with filters that change their appearance, so it is a safe bet that even if the cosmetic surgery filter is gone forever, another one will come in soon. This is because the problem is now so established that users are now, acting on instinct, constantly altering their looks.

Instagram has itself been pushing other filters that can only add more fuel to the fire. There are now ‘top model’ filters that allow you to change your looks so that you present like a fashion model. There is another filter called ‘Perfect Face’, the very title alone should be sounding alarm bells for concerned parents.

If you would like to get your hands on a social metrics platform that allows you to watch every single aspect of your campaigns, contact Locowise today. We will give you a week for free.