Wendy’s In Social Media: An Ordinary Guy And The Most Retweeted Tweet Of All Time - Locowise Blog

Wendy’s In Social Media: An Ordinary Guy And The Most Retweeted Tweet Of All Time

There is ample evidence that tweets and updates can go viral. But it is still surprising to see how completely random and obviously not thought-through updates suddenly become huge. Some of them even become more famous and far-reaching than those that celebrities produce.

Celebrities create great content, but nothing beats a normal guy or girl just being themselves with no expectations. And that is exactly where the #NuggsForCarter phenomenon comes into it. It’s sweet, funny, and incredibly popular on social media. 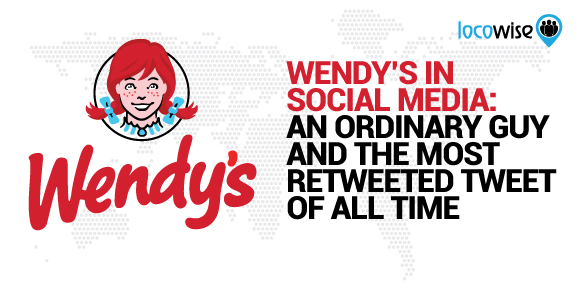 So what’s the story?

It’s a pretty incredible one actually. One of those you couldn’t possibly make up or predict in any way. But happily, there is a brand at the heart of it all.

Wendy’s is a burger chain that will probably never make it to the same heights as McDonald’s or Burger King, but it has one fan in particular who has given it a shot in the arm when it comes to social media marketing.

If anything, the one thing this story illustrates is the power of good customer service. Or even just the power of listening to your customers. To understand how the whole thing played out, you really need to understand the benefits of customer care.

It’s all about a kid called Carter Wilkerson. He’s real and, like any savvy user of social media, he sent a fantastically cheeky tweet to Wendy’s. He essentially asked what he would have to do to get a year’s free supply of chicken nuggets from the brand. This funny little tweet, which looked like this:

Yo @Wendys how many retweets for a year of free chicken nuggets?

The tweet actually gained a prompt and smart reply. The reply tells us a lot about Wendy’s customer service, but one of the first things that struck us was the very quick and concise response. It was a matter of fact, and it carried Wendy’s personality for fast food delivered with a sense of humour:

And that was it. Of course, Carter could have left it like that. Anyone reasonably sensible would just throw their hands up and at least bask in the glow that presents itself when you gain a human reply from a large brand.

But of course, Carter did not stop there. He had other ideas. His tweet in response to Wendy’s answer set a huge, and incredibly interesting, chain of events in motion:

After this, he set up a hashtag #NuggsForCarter, and millions retweeted. So now Carter is on the way to getting his 18 million retweets (to be fair, he’s not even a quarter of the way yet) and Wendy’s keeps getting free marketing through his hashtag and the retweets that just keep on coming.

HELP ME PLEASE. A MAN NEEDS HIS NUGGS pic.twitter.com/4SrfHmEMo3

Oh yes, Ellen. That’s Ellen DeGeneres. Her tweet from the Oscars, which previously held the top spot for retweets, was beaten by Carter’s tweet. Carter’s tweet is now the most retweeted of all time.

Ellen had Carter on her show recently, and that was because she knew that he had set off a viral storm around the hashtag. She asked everyone on her show (watched by millions) to retweet the Carter tweet.

Big brands which have huge reach retweeted it, including the mighty Google. Microsoft did too. So it has now become a cultural phenomenon. And on top of all that, brands can benefit from it too.

@carterjwm 👆 It’s official. Carter, your Tweet is the most Retweeted of all time. #NuggsForCarter pic.twitter.com/9KqS8eTykJ

What can brands do?

Brands can bear in mind that the very first and biggest message we take from this is the fact that it all resulted from some excellent social media customer service.

If Wendy’s hadn’t had people checking their feed on Twitter, no one would have noticed that there was this teenage kid essentially asking for nuggets.

It pays to listen to your audience, whatever platform you are on. In fact, part of your day should be devoted to listening to what is going on.

It was also a tweet that worked on a humorous level too. You shouldn’t rely on humour all the time because this makes it difficult to take your feeds seriously. But this episode shows that something eye-catching and good-humoured will be picked up.

And alongside all of that, Wendy’s got a ton of free marketing. Having a company like Google retweet a tweet that your brand was mentioned in can do absolutely no harm for a company. 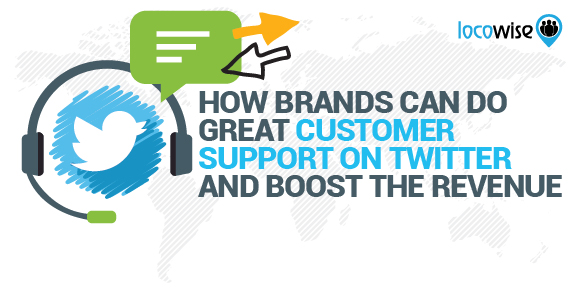 The human aspect is very real. Think about it this way. If Carter latched onto your product or service and pulled together a hashtag and so on, wouldn’t it have the same effect? Probably.

The guy is real, and he is just like every other real person who hangs out on social media. He just wants to get some free stuff from one of his favourite brands and he’s prepared to shout about it on social.

It’s a wonderfully human and genuine story, and there are not a lot of those about at the moment.

The customer is always right

This is true, and it is now perhaps truer than ever, with social media essentially running the show in marketing.

This is why Wendy’s did exactly the right thing at exactly the right time here. By reacting quickly and positively to a simple tweet from a genuine and instantly likeable person, they showed that they cared about their customers. They wanted to connect.

We can’t exaggerate the value of good social listening in this era. All brands are now there online with a presence on social. But to be one step ahead of a competitor, you have to ‘get’ social media. Listening to your audience is a crucial aspect of this.

While there is more than one key lesson to be learnt from the #NuggsForCarter story, the biggest one should be clear. The brand that listens to its audience 24 hours a day is the brand that picks up on opportunities quicker. 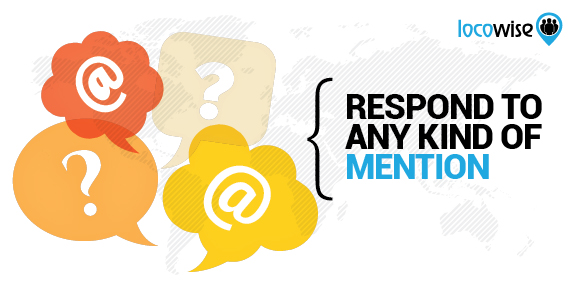 Responding to Carter was perhaps just Wendy’s being interested in its audience and its opinion. But being retweeted by Google and Microsoft, and Ellen DeGeneres, that was a crystal clear example of the value of that behaviour.