There’s a famous film, a recent one, called Ex Machina. In it, a man meets an AI robot that looks suspiciously real and starts to form a relationship with him. The idea is that AI truly works if we cannot tell the difference. Want to know the slightly scary news? Most of us have been fooled by a piece of AI that is present in our social media feeds.

Social media bots are a new thing, and they’re getting a little weird. They are more common than you think and they can be quite dangerous. At the same time, they can actually help you too. 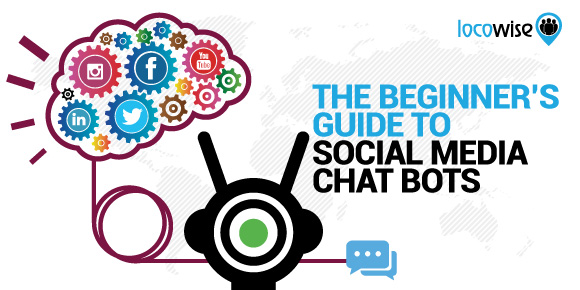 What is a social media bot?

A social media bot is basically an algorithm, something that can run by itself. To the world, it looks like a real person, tweeting you or talking to you via Facebook, but in reality, it is just a piece of very clever code.

They are actually very simple little pieces of coding that are presented as quite complex entities. People have bots on their Twitter accounts, for example, that seem like real followers and can pretty much tweet quite authentically. But they’re not real.

And that’s the problem, and the reason why Twitter is rather energetically trying to fight bots, getting rid of them (or attempting to) through legal action in some cases.

So they’re kind of automated, robotic pieces of code that act like real followers and friends and can convince pretty much anyone that they are real. It sounds kind of exciting, and in some cases, there can be real value in social media bots.

Let’s take a quick look at how they can manifest in the social media landscape. 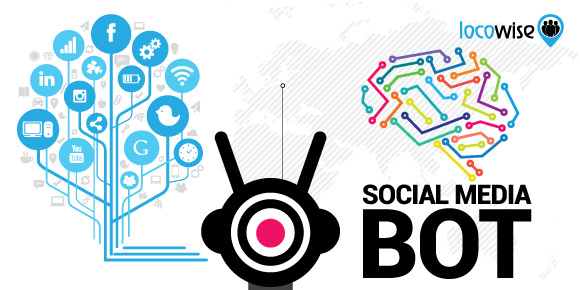 Some bots on social media can work in a rather cynical way. They can, for example, send you spam or fake messages to gain your trust and then sell you stuff, relentlessly. Spam emails are kind of old school now, and with bots on the rise, you are quite likely to find yourself in a situation where a bot is spamming you with a sales pitch.

It’s not much fun, but it kind of makes sense. Bots are fully automated, and advertising often is. A constant message piped through people’s feeds on a regular basis is a perfect job for bots, which is why you are seeing so much spam in feeds right now. Most of this does not work.

When the Arab spring was in full flow, governmental organisations used bots to send out fake messages on social media. These messages were so large in number, they effectively squashed any content that was created by legitimate protestors. This meant a rebellion was killed by bots, on social media at least.

This kind of action has created the idea of bots being some kind of army, able to be used at will, and fashioned into a destructive force. This idea of destruction isn’t always the case, however, and some uses for bots can actually prove to be quite profitable.

Bots are actually going to be very big news soon. Selling and silencing aside, Facebook may well be the first major company to create a bot culture that we can all buy into. Mark Zuckerberg is hell-bent on creating a bot store (on Messenger) that should allow developers to create their own bots.

But what is the hope for bots? Well, the fact that they are completely automated and can easily appear to you like a real person when you chat to them means that they have a natural home in customer service. Brands can create their own bots (soon, at least) and then use them to manage the majority of customer service messages.

Many of us use digital assistants like Siri and Cortana, and these are perhaps the very best examples of bots. They are automated assistants that are designed to answer our questions. As robots become more sophisticated, companies can use them as customer service experts designed to answer a vast number of questions and generally help with trust and branding.

With bots, you have one advantage over the usual style of customer service: speed. In fact, it takes a lot less time to send out a quick text to a bot and get an answer than it does to open up an email, start a ticket or make a phone call. With a bot, the answers are seconds away.

An even cleverer use of bots could lie in the possibility that chat apps present. If you imagine a chat app with bots on it (and we know that bots can seem real due to the evidence Twitter presents) and a great conversation taking place between a bot that has thousands of sentences and words at its disposal and a customer, it can’t be long before a customer starts to feel an affinity with a bot and a brand. 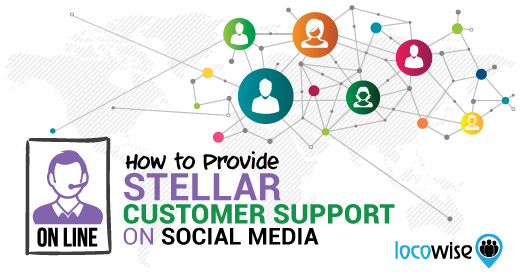 And it’s the simplicity of using these things that will be the big win for brands. Text-based (almost exclusively) and therefore perfect for anyone who has ever sent a text message, bots can be interacted with quicker than anything else. That’s why companies in the US, for instance, such as pizza firms, are finding that they can speed up the ordering process while keeping it completely automated.

Okay, that’s cool. But I still don’t get how my brand can use conversation bots

We know it can all seem a little daunting to the uninitiated, but when you consider that Facebook has produced its ‘store’ which allows brands to create their own bots, it is all becoming a little more ‘open’ when it comes to the possibilities. So we’ve taken a quick look at what can be achieved with bots, and we think you’ll see, pretty sharpish, how your brand may be able to get something out of it.

We hinted at this earlier in the article. If something is automated, it means it never stops and you don’t have to check in on it to make sure it’s ticking over. It just is. So when it comes to content, a bot could quite easily be configured to create content for you on a regular basis. That means no more queuing up posts or tweets, and because you’ve configured your own bot, everything is personal and specific to your brand.

The bot will run around the Internet and find content that can be shared with your audience. And it will do it consistently. If your brand message is solid, and you know what your audience needs, it’s a no-brainer.

The more a customer interacts with a bot, the more that bot will be able to provide appropriate and quality responses. That’s why customer service is such a winner with a high quality bot that has been created to develop ‘machine learning’.

Machine learning means that the bot will listen to what a customer types in, and then develop responses that seem natural, but most importantly helpful. And with customer service that means a quality experience.

But take machine learning a little step further and you’re looking at a situation where a bot can actively help the audience. This means providing longer responses that are ‘human’ and go that one step further to help and provide valuable information. In other words, a good bot will help, a better bot will be trusted.

And going back to the idea of content being amazing, by listening to responses and showing that machine learning, the bot should be able to find even more finely-honed content, which will present you as a thought leader. Granted, this thought leadership will be in bite-size chunks because we are talking about messenger apps and the bots inside them, but it’s still thought leadership, and branding. 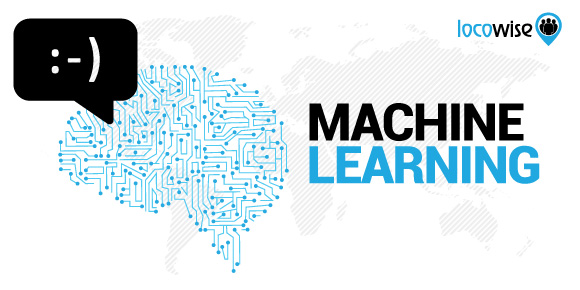 It can sell. Again, with that ability to listen to your customers you should be able to glean information that helps you to create focused, personalised messages that will tick the right boxes for customers.

Put it this way, with little work, any developer should be able to create a system that is essentially capable of lead generation. These bots will be able to ask questions and gain answers that tell you more about the customers. This info means that you can send them messages at crucial stages in the buying cycle. It’s a little way off yet because a lot of bot culture is permission-based, but we can most definitely see brands using bots to create leads.

Unsurprisingly, this also brings about the age-old permission marketing caveats. This is not something to enter lightly, and if you send too many messages (however targeted they may be) you will simply be seen as spam and end up insulting people.

But how can we really use bots?

The problem is that big brands are going to come off better, at least in the short term. They have huge teams that are able to quickly jump on this latest move in social, and basically develop huge strategies that enable them to dominate the market. Or something like that.

Does your brand even have a hope? Should it even better with bots? Well, yes. The simple approach is to try and beat brands at their own game and use your own personal tone and spin while you are doing it. It’s not hard to do, and any brand worth its salt should be able to define a ‘bot strategy’ quite easily.

What might this strategy look like? Well, get useful as a brand if you are planning on using bots as a part of your marketing strategy. If you make jewellery, for example, create a bot that allows people to find information on jewellery sizing, but at the use of a single keyword. This makes you incredibly useful and also it makes you a brand that simply isn’t ostensibly trying to sell.

Once you start getting some kind of engagement with bots, then it is relatively easy to send out messages that are closely linked to your brand message. People won’t mind, for example, receiving 10% discount messages once they have received some useful information from you. And once they have bought, they will be loyal because you’re not selling, and you’re not disruptive because you have been helping.

On top of that, you’re only ever sending a short message or two and that doesn’t really annoy anyone. It’s easy to see how bots can become a very quick and unobtrusive way of developing a brand message and then conversions.

Your main aim here so to develop a conversation. That means being helpful first and foremost. Bots can be incredibly easy to set up and make useful, but it is also tempting to try and make it so bots send out tons of messages. They’re quick, right? No one really cares if they pop up ten times a day.

Set up bots that can essentially help with customer queries. Then set up another one that offers valuable information to customers if they type in keywords. Then send out the odd discount. Above all, work hard to test your efforts. Nothing will work immediately.

If you’re up for it (and we don’t think any brand can ignore this thing) start small and define a space with customer service. It builds trust.

Feel like getting the very latest metrics on our social media branding? Don’t know where to begin? Try a completely free 14-day Locowise trial. It’s social media metrics, but with an extra dollop of uber user-friendliness built in.