Rio 2016: A Tricky Time For Brands On Social Media

The world’s TV screens and web feeds are full of action from the Rio Olympics. This means plenty of excitement and competition. What it probably doesn’t mean this time around is a corresponding glut of coverage by brands online.

This is because unless you’re a sponsor (and this means being as big as Coca-Cola), there are some very stringent rules in place that will stop you, as a brand, from covering any aspect of the event.

Sound unfair? To many brands it is. For example, even creating a hashtag around the Rio Olympics is apparently off limits.

It’s a muddy area, and many companies are worried about what they can and cannot post or comment about during the games. In the end, the distinction is pretty clear, though. The United States Olympic Committee has made a set of rules that allow corporate sponsors of the Games to use certain names and phrases in their advertising and branding. 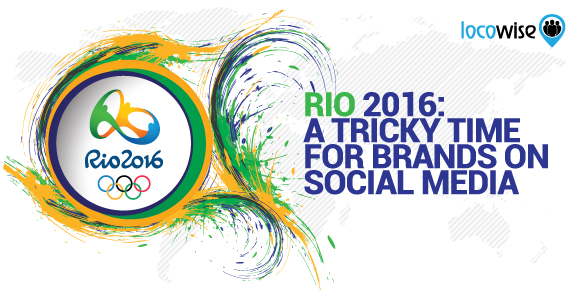 News outlets can cover the games and individuals on their social media accounts. But as soon as a commercial entity that is not a sponsor tries to use the ‘allowed content’ they face severe restrictions. Even stranger, if an athlete mentions the games while they are on and doesn’t mention them with reference to an official sponsor, they are in trouble.

Firstly, if a company that is not attached to the Games officially tries to tweet off the back of the Games for commercial gain (as in engagement seeking), they will most likely receive a stern letter from the USOC telling them to back off. If they continue, they could face legal action. It’s pretty strong stuff and has made the Olympics a little less fun, in a way.

So what can’t a brand do?

Mention the Olympics. Harking back to a certain Fawlty Towers moment, you can’t mention the word, or even hint at it. So woe betide any company that uses ‘Mathlympics’ for example. We don’t know why you would, but you might. And if you mention ‘the ‘O’ word’ itself, you can expect one of those letters.

Use any official Olympics logos. This one is more straightforward. There are plenty of logos that are official, and you’d be pretty shortsighted if you didn’t recognise them. But more importantly, you can’t make your own up, even in jest. This is pretty strong stuff, the visual property here is simply not to be tampered with. Don’t tweet with the Olympics logo in the message. We can see how brands would find this difficult, because it is so easy and expected now to tweet an image (Google Images, anyone?).

Share anything from the official accounts. Olympic accounts (such as the Twitter feed for the USOC, for example) are to be left alone. You can’t share anything from such accounts. But the real problem here lies in the more sophisticated levels of sharing that go on and are part and parcel of social media. For example, you are not even allowed to retweet anything from an official account. Again, with the instinctive use of retweeting on social media, this one may well prove to be a little difficult to control.

Run a contest. One of the very best ways to build up a campaign and brand yourself on social media is to run a contest. But just don’t. This in itself will cause a world of trouble to land at your door. We all know that contests are a great way to build your presence online and to increase engagement. Not happening with the Olympics.

Social media has exploded since the last Olympics. It’s simply got bigger. And with so many people now using their mobile devices to watch the news and catch up on trending events (such as the 100m race for example) it is going to prove devilishly difficult for brands to resist.

With such a huge audience, there is a real argument to be made here around what brands will miss if they are not involved. If you want to dig into the metrics a little, it becomes even more urgent that brands perhaps find some way to get involved (without getting caught out). 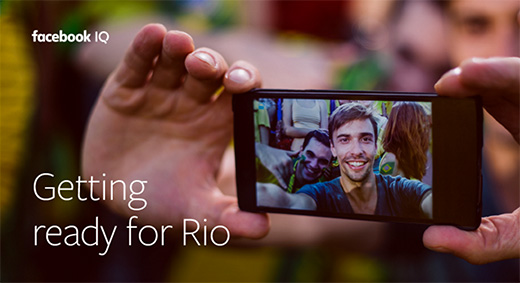 For example, 74% of Facebook users who plan to watch the games on their mobile are in the 18-25 age bracket. That’s a huge market right there. And 51% will watch replays of the event on their mobile. All data here is from the Facebook IQ.

So it could be a major issue for brands that want to gain any kind of presence or traction over the summer. And we think it’s an issue worth tackling.

One way around the hashtag thing

Hashtags are the biggest problem at face value. Banning the use of certain hashtags seems a little draconian, especially when you consider that hashtags are one of the best examples of a product of a completely free speech-orientated arena (social media). To ban them makes the whole thing feel a little painful. And that’s because, let’s face it, hashtags simply work for brands.

But there is one easy solution. The USOC created a list of hashtags that it will ensure it uses as a guide when it’s sharpening its legal claws. From what it has said, we think they include the following (but they may obviously hastily add more):

Yes, that’s right. You can’t even hashtag the phrase ‘Road to Rio’. More to the point, you can’t even use any of the phrases above in your social media work unless you are an official sponsor of the event.

So that’s pretty sad. Unless you do what probably every other brand who wants a piece of Olympic buzz will do, and that’s simply create different hashtags and use different phrases.

We reckon that the best brands will quickly come up with hashtags that (obviously) don’t include the phrases that are banned and then make them popular and marketable. It won’t take long, and we’re pretty certain that some brands will get creative.

Moments that come out of nowhere

It’s possible to be spontaneous on social media, with careful planning. Use this as a way forward. You can still jump on a major and unexpected event (such as a great comeback in a race, for example) if you have a team prepped and ready to do so.

Think on your feet with a team of experts who are able to spot, and move, on quickly trending events and (as long as you don’t use those words and phrases) you should find that you can see a creative way through.

Just be ready. Remember you can’t talk about the Olympics using those phrases, and you can’t use logos and so on. But an event that comes out of nowhere, with an athlete’s’ name on it? Fair game.

We think that the Olympics (it’s okay, we can say it) are a perfect way to boost your brand over the Summer.

Just watch the guidelines above and remember that the best way through the problem is to get creative. 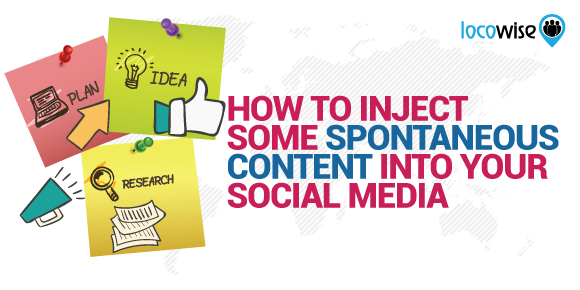 Use Locowise to keep tabs on your metrics this Summer with a free trial of the mighty Locowise platform. That’s 14 days of easy, seamless scrutiny of your social.