McDonald’s And The Rise Of Disruption In Social Media Marketing

It is a new thing still, but it’s growing in frequency and impact.

Invading your personal space, or ‘interactive advertising’ as you might more prosaically refer to it, is on the rise. A recent example has seen McDonald’s do something that would, ten years ago, have been seen as both undoable and perhaps even a little intrusive.

And this kind of marketing is not going to go away. Whereas it used to be about disruption in advertising (TV, billboards, etc.), it was all about ‘inbound’ and ‘permission marketing’ for a while on social. McDonald’s latest campaign makes us believe that disruption is very much on the way back. 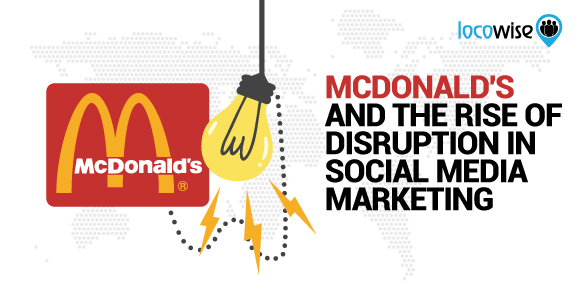 So what’s the deal?

McDonald’s, by virtue of its huge success, needs to push the envelope on social media. Sure, it could spend billions on advertising, but it won’t make people buy more of their stuff. The brand is now in the big league of social media, where creativity rules. What brands like McDonald’s do is what everyone will be doing a year later.

It’s the edge of social media marketing. And quite strangely, the latest campaign doesn’t look like it cost billions of dollars. Instead, it’s just… clever.

Mindy Kaling is the celebrity that has been used rather effectively in the ad. She is a comedian and has a great personality. In the video, she talks about Coke, basically. It soon becomes apparent that she can’t really mention the name of McDonald’s, and it feels like this is simply because of advertising rules.

But what does she do instead? She talks about this ‘place’ where Coca-Cola tastes so good. The place is McDonald’s (and as it happens, Coca-Cola does taste rather good in McDonald’s).

Then she simply asks the audience to Google ‘that place where Coke tastes so good’. If people do this, they are taken to McDonald’s as part of Google Search. It has been around for a few days now, so you aren’t taken there when you do the search.

But when the campaign first came out in late April, people were duly sent to McDonald’s sites and pages. The reason this spot is so good and is terribly effective is that it has a number of components that make it a perfect piece of big-brand marketing.

There are a million good things about the ad and we have to say that McDonald’s and the agency involved has pulled off a bit of a cracker. But the key features that make the ad perfect are as follows:

The star endorsement. This factor is key in some major advertising and marketing moves in this particular era of social media. While it is not always a certainty, having someone who’s even remotely recognisable in your campaign means that there is quicker engagement. This has been a major aspect of advertising for decades, and has been very powerful on TV.

But social media has become popular (possibly more popular than people thought it might have become) and this has propelled the medium into the stratosphere when it comes to celebrities. With celebrities having their own social media accounts with massive follower numbers, it adds that ‘cool’ element that grabs people’s attention. Sure, Mindy Kaling may not be a household name, but it is a shrewd move. She has fans, and her growing celebrity makes the inclusion of her ‘bit’ just sophisticated enough to make the ad a little more hip than others.

One of the most important aspects of the campaign is that tech feel. Appealing to a switched-on audience, the ad simply asks people to ‘Google’ the phrase. This means that it engages again, on a different level, where users of social media are spoken to directly. It feels personal but also a little exclusive. You only really ‘get’ the ad if you Google something every day.

And with younger generations treating the search engine as a major part of their lives, this hits home quickly and easily. Thinking about it carefully, it is easy to see why the ad comes across as unique. We are still not told to do stuff in social media, and it still feels unobtrusive. For a campaign to tell us to do something, it’s a big deal. And linking that to their daily lives on the Web is a masterstroke. It doesn’t feel intrusive. It just feels like the ad understands us. 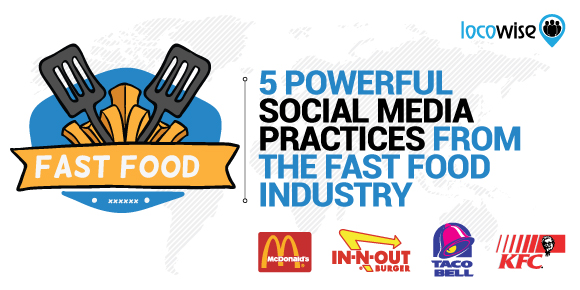 The final piece of the puzzle is the cool part. At no point in the ad is the viewer asked to look for McDonald’s or think about McDonald’s. This is because the fast food giant is not mentioned even once. This seems to break the golden rule of advertising. Ever since brands started selling stuff in newspapers and on TV, it was clear that mentioning the product name was of paramount importance.

This allows the audience to develop a mental link between the feelings in the ad and the product. It’s basic stuff. In this ad, the McDonald’s name is not mentioned at all. Instead, there is a bridge between the product and the audience that is created by the directed use of Google.

And this is all the more intriguing because three brands are involved in the work. McDonald’s, Google and Coca-Cola seemingly come together to create a situation where Coke is promoted. Meanwhile, McDonald’s is promoted at the same time, and Google gains even more exposure than it already has.

Weird? Yes. Effective? Yes. Will we see more of this on social media? We think so. There is an amazing opportunity here for brands to use the way their audiences navigate online and use social media.

This opportunity obviously requires creatives to think carefully about what switches the audience on. But it’s not too much of a stretch to simply work with the audience on an interactive level. We think this is the start of something big. And it won’t be long before social media campaigns feel very personal and very intelligent. Much more than they are right now.

Finally, it’s very strange to find that when you do a search for what Kaling asks you to, you are not taken to the intended destination, but instead to a whole load of online buzz about the ad. It became a thing within hours. And that speaks volumes.

Asking people to Google something is just the beginning.