We are now all fully aware of what Influencer Marketing is and how it is effective for many brands across the planet. All kinds of brands, from large corporations to small businesses, are dipping their toes into the world of the influencer online.

It works, and it also seems to be developing into an industry. You can now pay specialist agencies, for example, to find powerful and effective influencers for you.

What we at Locowise have been particularly interested in is the intelligent and creative work done around micro-influencers. 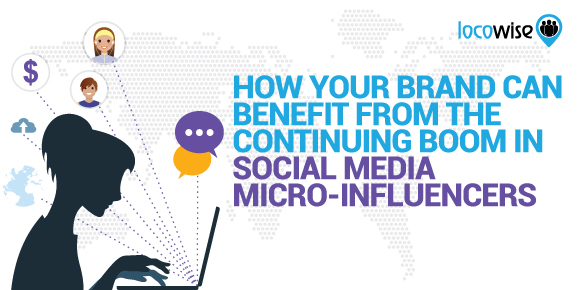 If we were to be a little more specific, we reckon that you can be a micro-influencer if your followers number in the tens of thousands (but that is becoming a little more tricky to argue as social media continues to grow massively).

And yes, it is also becoming quite clear that there is a movement where people specifically set up blogs and social media accounts to become ‘Internet Famous’. YouTube has perhaps started this craze, where young people are now basing their career choices around the potential to become a famous influencer and make a lot of money.

But for micro-influencers who have worked hard, with passion for their area of interest, there is scope for some excellent work. And brands are not just taking the easy option of having quasi-endorsements. Instead, a number of brands are working hard to be as creative as possible, and build up a community feel with numerous micro-influencers. After all, ten Influencers with eighty thousand followers makes for quite a hefty reach.

Tarte and the art of using a community

Tarte Cosmetics has a great range of beauty products. But like any medium-sized brand, it needed a little more exposure. So it created a micro-influencer campaign that dug into all of the customer pain points and desires their audience presents with.

How? Simple, it sent some people on a holiday.

The brand simply invited a group of influencers in the world of beauty to a couple of holidays. The holidays were in spectacularly glamorous luxury locations like The Maldives. The beauty influencers jumped at the chance to take some time out in a beautiful location. And then the most obvious thing for the influencers to do at this point is to share the good times they had on holiday.

With large audiences, these influencers instantly gave Tarte a huge amount of reach. These influencers aren’t sitting on an audience in the tens of millions, but they have hundreds of thousands of people who pay attention to them.

The key ingredient was the hashtag the influencers used in their social media posts. It was #TrippinWithTarte. It was shared by followers and therefore brought about that huge reach Tarte was looking for. But these aren’t movie stars and they aren’t even huge YouTube stars. They are just people who have a social media presence in the industry that Tarte operates in.

On Instagram, for example, Christen Dominique has over a million followers. But just take a look at a recent post and you will see how much engagement is there. And on top of that, her followers regularly engage with the clothes that Christen wears.

At the time of writing, Christen had 1.1 million followers on Instagram. But at the same time, and to top off the excellent choice Tarte made in choosing this influencer, just take a look at this recent post to see how she is able to (and often will) list out the clothes and accessories she is wearing and supply the name of the brand behind these items.

In other words, she is the perfect example of what a solid influencer brings to the table, but she isn’t sitting there with millions of followers (don’t get us wrong Christen, we’re still impressed). If you need any evidence that she is rocking Instagram, this post alone received 43,000 Likes.

Urban Decay and the art of exclusivity

If a brand has more than a few followers, it can create a real buzz around a new product. This works particularly well with Instagram, which is arguably becoming a true ‘microblogging’ platform.

Urban Decay are another cosmetics firm that chose to leverage a micro influencer in a campaign.

It didn’t send her to The Maldives, but instead gave her a free trip to Vegas. Here she filmed a ‘first look’ video for the latest product in Urban Decay’s range.

The result was the tapping into of over a million followers for this micro influencer alone. Of course, they flew a number of bloggers and Instagram influences to Vegas, and the cumulative effect created a very successful campaign for Urban Decay.

Now how’s that for publicity?

Tarte again. Taking another look at the brand’s website, you suddenly understand that the models who are displayed in a carousel on their homepage are the influencers we have just talked about.

The new celebrity movement is alive and well, and influencers are now simply being treated like models.

Tarte and Urban Decay know what their audiences like. They know which influencers to tap into, and they know how to do it.

The ‘how’ does have a couple of pointers and pitfalls if you’re not careful. Telling the influencers what to say or how to act is a big ‘no no’. The more an influencer is allowed to take ownership of the video or post or update, the more likely it will be that the content will resonate with their audience.

This means signing them up and allowing them a degree of freedom. They have got to where they are because they know what their audience like. This is an audience you want to reach and engage with, so let the new micro-influencers do their thing.

There will be a plateau point. Influencers will turn into something different. That is how social media works. But tapping into people with hundreds of thousands of followers makes sense. And the price of a holiday to The Maldives is worth it. 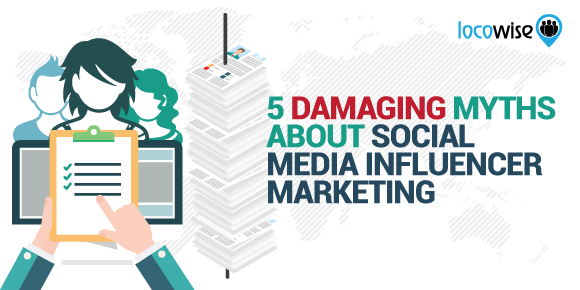