How To Make YouTube Work For You (A Guide For Brands)

The second biggest search engine on the planet and the most popular video sharing platform, YouTube is often an untapped source of social media influence for brands.

Due to the unique way the platform has been shaped by its users, small and big time companies outside of the media spectrum often avoid building a proper marketing strategy for the YouTube as a whole. In fact, even though the YouTube Ad Boycott was primarily due to socio-economic reasons, it still went to show that brands just don’t trust the platform.

There are two major factors that make up the lack of interest in the video sharing marketing on YouTube by brands. The first is the environment and the second is the needed investment and lack of certainty within the platform itself. 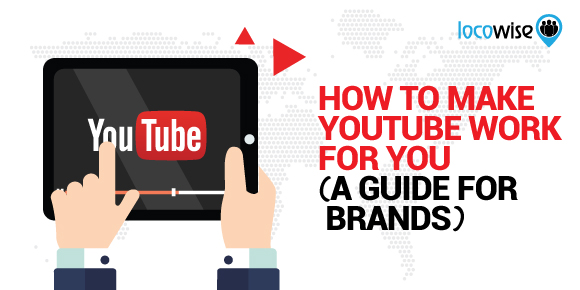 Most content creators on the platform like to present and compare it to similar media, such as television. Nevertheless, operating via a direct output of the audience and aimed towards personalization, YouTube has turned into this weird intertwined mix between a social network and a curated video content platform.

Turned into a joke, it wouldn’t be surprising if you start out looking at the latest music video and end up watching a live stream of a random small U.S. town in Wyoming, shouting ‘red truck’ in the chat every time you notice one on camera.

The Strange Evolution of the Internet Culture on YouTube

The difference between the curated content we see on television and the one featured on YouTube are the curators themselves. Instead of having corporates choosing what people should watch, the public themselves decides what is and isn’t valuable.

This complete freedom is a positive for many and is definitely a step towards direct audience input. However, the problem with YouTube from a marketing standpoint is relatively similar to the fake news issue on Facebook and Twitter.

While there are prominent YouTube creators that manage to overcome the obstacles presented by the algorithms of the platform itself, others take advantage of the watching habits and emotional interests of people.

And while there isn’t anything inherently wrong with this practice, after all it is part of the basis of what marketing is all about, things don’t always steer in the right direction. Fake ghost sighting channels, fake prank videos and the rare YouTube meme compilations or long-hour mash-ups are just the surface of what plagues the platform. At times, they can even be considered the rare weird gem that makes the social video network unique.

In fact, the main problem lies with the polarized U.S. media content that turns YouTube into a paradigm of confusing news videos of he-said, she-said. Over the past couple of months, the YouTube space itself has been extremely polarized with debates on major political and socio-economic issues. For some, this is entertaining. Plus, there’s nothing wrong with the freedom of speech. Everyone should share their opinion no matter what.

While this problem tends to settle down with time, it’s just a matter of time until something pops up again, like fidget spinners. And here lies the major issue with why brands avoid YouTube – you can’t rely on quality.

Just by looking at the trending tab, you are bound to find an array of amazing videos from popular creators and a few rare gems of new and upcoming stars. Nevertheless, you’ll also see a barrage of music videos, movie trailers, TV show clips and a bunch of obscure videos that are completely out of sync.

For an advanced YouTube user, this often isn’t an issue due to the way the AI algorithm works. Once Google ‘knows’ what you are into, it will end up showing you what you like to watch. But there is an even bigger problem. YouTube just isn’t your average social networking platform. It tries to be everything.

Monetary Costs and Uncertainty in the Results

Every social media platform has a certain style of communication used by its users. For Twitter, this is comedy, for Instagram these are the photos and Facebook is a mix of inspirational posts, news updates and funny/cute videos. But when visiting those platforms, one goes to share their personal opinion and interact with others.

On YouTube, people go to watch content and be entertained. It’s much like turning on your television – you want to see what is on. At the same time, it’s like Google, you can type anything and be informed on any topic, no matter how bizarre. To top it all off, the platform also allows you to share your opinion via the comments sections and the likes/dislikes bar.

All that combined often results in a messy and unclear picture of how a brand can properly take advantage of the platform. Should you go in creating your channel much like you would do a website and aim for SEO, should you follow the social trends instead or just go for simple posts? Is the use of YouTube Ads good for a brand? Here are a few thoughts on the matter to help you out.

For the past several years, Google has been trying to heavily invest towards brand awareness of YouTube, directly aimed towards other brands and companies. In fact, just a few years ago they’ve created a long 100-page guide, which we definitely recommend for you to check out.

Most recently, and in response to the Ad Boycott, Google has been trying to be more transparent with how the YouTube platform operates, how ads on the platform work and why they don’t have as much influence on what content is promoted. During the annual VidCon event for YouTube creators and fans, the CEO of YouTube Susan Wojcicki went on to further state that they are planning to take on television even harder in the upcoming months.

With that in mind, it’s safe to assume that the platform continues to evolve. But while evolution is always uncertain on the marketing side of things, the social media network itself is nevertheless a great opportunity for every brand. In fact, when used the right way, the platform is a great way to increase your social media engagement and can achieve some great brand awareness and marketing message targets. 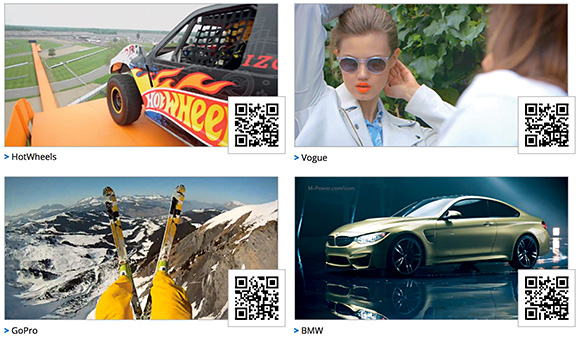 Let’s compare two major brands and how they use the platform.

McDonald’s tends to only put promotional videos with the rare marketing gimmick posted only on the YouTube platform, curated for the video sharing platform itself. The channel has amassed around 7 million views across its 22 videos and 300,000 subscribers.

Check out Gillette for example. Their channel has only 88,000 subscribers, more than 636 videos and they’ve managed to amass around 80 million views.

On the surface, the numbers show a story in which McDonald’s is the clear winner. They have fewer videos, i.e. investment, and have better engagement rates per video, right? Well, not so much.

The reason why Gillette has so many videos on their channel is that they feature videos reviews from their fans. What’s more, while they do post curated videos and marketing messages often, most of their videos tackle marketing from another angle.

They present content their audience is interested in – shaving and how to shave. What’s more, while we can’t get the numbers of the monetary investment, just by checking out the videos, one can assume that Gillette hasn’t paid as much for videos as McDonald’s.

The brand just does it right. It knows its audience and it knows what YouTube is all about. Sharing informative, sometimes silly, sometimes emotional content, that is human above all. The best part is that being more human for a brand, especially in a video, often means spending less money to create the video itself.

Another interesting insight is that with the proper YouTube strategy, the brand manages to receive far more engagement compared to the other platforms Gillette uses. With over 2 million likes on their Facebook page, Gillette has received only 4,000 views for their video for Father’s Day on Facebook.

At the same time, with the same 88,000 subscribers, just by taking advantage of how YouTube works, with the same video idea and footage they have amassed over 3,5 million views on the video sharing site.

There’s a lot to go on about how you should tackle the unique video sharing platform. To make things simple, we’ve created this to-do list, to ensure that you tackle your social media strategies for content sharing on YouTube in just the right manner.

Consider Your Targeted Audience, But Don’t Forget the Rest – Videos on YouTube tend to be far less targeted when they are published on the platform (outside of the ad platform itself.) They can engage with an audience outside of the people you want to target. With that in mind, ensure that you consider the reaction and engagement of people outside the spectrum of your audience. Of course, don’t forget your targeted audience either.

Go Outside the Spectrum of your Marketing Message – Creating an ad video is easy. You have the marketing message you want to send and you are good to go. However, much like you do on other platforms, make sure to go outside the spectrum of your core message with your videos. Consider each video like a post on Facebook. Creatively engage with your marketing message, instead of bluntly stating it.

Communicate, rather than Just Sell – You don’t want to be like a telemarketer on the phone with your YouTube audience. Having a straight-on-point marketing video on YouTube, while good on some occasions, is not perfect every single time. Make sure that you leave time to acknowledge your audience and communicate with them via your videos. Send a message that you are open to the conversation, rather than just selling a product or even an idea.

Argue Properly – The YouTube audience loves to debate. When making a video that supports a certain argument as part of your marketing message, make sure that the argument is properly presented. Check out the Top Best Marketing Viral Stunts of 2017 as an example of some great marketing videos.

Inform Properly – Much like with arguments, when making a video that aims to be informative, you should make sure to include proper and honest information. A great way to do so is to be transparent about your sources.

Don’t Just Make ‘Ads’ Make Videos Instead – The Gillette Example is perfect in this sense. Gillette doesn’t just make ads, but they also focus on making videos. Ensure that you have a good ratio of ads and non-ad-based marketing videos.