The past few months have been rather hectic at YouTube. The world’s second biggest search engine and the largest video sharing platform was boycotted by numerous corporations resulting in supposed billion dollar losses.

After the proof of advertisements showing on racist and propaganda videos, some of the biggest brands in business decided to stop their marketing efforts on Alphabet’s second largest search engine. As a result, YouTube is stepping up their game in their efforts to make the platform more advertiser-friendly. However, are the efforts enough to make advertising a valuable option?

Before we dive into the discussion of whether YouTube Ads are a safe bet for any company, let’s quickly go through what happened, how YouTube is dealing with the issue and what advertising on the platform means for your brand. 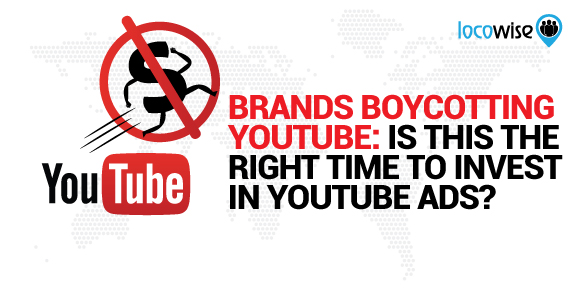 It’s hard to discuss the YouTube scandal without getting into a debate of whether or not the media is pushing a political or other agenda. While some creators at YouTube do wholeheartedly believe that ‘the media is out to get them’ things may be far less black and white than they might seem.

Before the video sharing platform became a household name, it was used by creators to share funny and entertaining videos. In 2006, it was purchased by Google and not much later, the YouTube partnership program was enrolled. It allowed content creators to receive a portion of the ad revenue from the advertisements running on their videos.

What started as a dating site with the option to upload videos quickly morphed into a video sharing mammoth. Now, everyone with a camera was able to earn money making videos as long as people were watching. This meant that people could simply push a button, talk about their lives, stare at the camera and make funny faces or do whatever they please and earn money while doing so. The only trick? They had to be entertaining. And they were.

In just a few years, YouTube became a prominent entertainment hub for people of all ages. From simple cat videos to news coverage and indie movies and shows, the video platform provided endless hours of diverse content for everyone. In fact, YouTube kickstarted the careers of stars such as Justin Bieber, Tyler Oakley, Bo Burnham, Lil’ Dicky and many more.

At the same time, media started giving more attention to the YouTube personalities due to the rise in the demand. Nevertheless, some online media platforms, including big names in the news industry, decided to take a more sensationalist approach. They were focusing not on the personalities themselves and on the changing paradigm of entertainment, but rather on how much money these creators were making doing what they love.

People unfamiliar with YouTube were baffled how “a guy making videos in his bedroom” was making hundreds of thousands of dollars.

The problem became even bigger when gaming became popular within the community. Videos of people playing games were trending and everyone was even more intrigued. A guy playing video games and shouting at the camera becoming a millionaire?

With over 50,000,000 subscribers on the platform, the biggest star of YouTube, PewDiePie, was outraged at the approach taken by the media to present him to a wider audience.

Making fun of how the media was taking his videos out of context and misrepresenting him, he started playing a dangerous game.

While retaining their original humoristic nature, the videos of PewDiePie were starting to become more controversial. Felix ‘PewDiePie’ Kjellberg was pushing the notion that the media was painting him to be a villain, sarcastically showing Nazi imagery in multiple videos. But things ultimately didn’t play out in his favor.

After a joke went a bit too far, Kjellberg received a huge blow to his public persona by none other than the Wall Street Journal. One of the most prominent and respected media organizations, the WSJ published a rather misinformed report on how the creator was supported by Neo-Nazi groups and analyzing his Nazi imagery.

While this did nothing else but harm the reputation of the WSJ among Kjellberg’s audience, it also harmed both his public persona and YouTube’s brand in the process.

Just a few days after the Kjellberg’s incident, reports started showing up on branded advertisements on racist and propaganda videos found on YouTube.

The company was quick to respond to the allegations and the brands themselves weren’t harmed in the process, but this ultimately resulted in the boycott of the video sharing platform from multiple corporations.

With a supposed billion dollar losses in revenue for YouTube’s parent company Alphabet, the boycott itself may present a huge opportunity for smaller startups and even bigger companies that would like to present their ads on the platform.

To understand whether or not you should be scared to advertise on YouTube, we should discuss how the platform works.

With millions of hours of content uploaded almost every day, there isn’t a more plausible option for YouTube than to leave the video moderation to artificial intelligence solutions.

Once a video is up, the algorithms that make YouTube work check for any extremist, racists or other types of hateful and inappropriate messages via an array of factors. While the company doesn’t share further details about how they proceed with content moderation, the general consensus according to creators is that YouTube uses the video’s tags, name, description, automatically generated subtitles and more to ensure that the video is safe for advertising.

To deal with the issues that arise with the automated video moderation process, the company has recently made new restrictions on their algorithms. YouTube is also reportedly considering the implementation of a moderation team of humans to further check for any issues with the content. 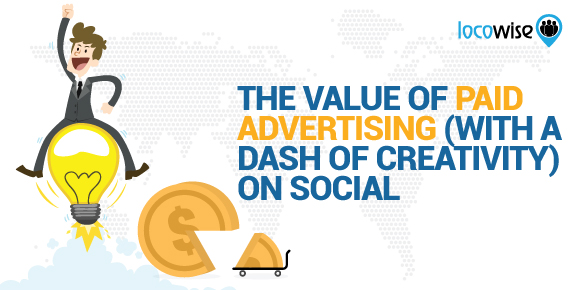 Both the YouTube audience and the media realize that the brands advertising on the video sharing platform don’t have a say in the matter of where the ads show up. Neither Coca-Cola nor other brands received a backlash from the fact that their advertisement showed before an extremist video.

This is because everyone who understands the enormous amount of video content that is uploaded on YouTube, can logically conclude that the ad moderation is a difficult process.

Even if your ad ends up showing on the rare 0.0001% percent of extremist videos that managed to surpass the YouTube’s moderation algorithm, your brand and company should not be affected, due to the way the platform works.

While in the highly divided political times of today it’s best for any company to avoid controversy, YouTube is a social network like any other.

What’s more, despite the boycott, YouTube still is one of the biggest social networks online. Even though some creators on the platform are worried about its future, chances are YouTube will continue to be among the top video sharing platforms. What’s more, Google CEO Sundar Pichai recently stated that YouTube continues to experience significant growth and opportunities.

The boycott and the lower competition may present new opportunities for those who want to advertise on the platform. With the entry bar for placing an ad being lower than it has ever been in the past couple of years, you might be able to receive amazing exposure for the right investment.

One of the biggest benefits of running YouTube Ads is that you only pay for direct results. While there’s a ‘skip’ button, you won’t have to pay unless a person has either clicked on your ad or if they have watched your entire ad.

Similar to the other platforms, with YouTube you are also able to target specific audiences and for a bigger investment you can also place ads on certain YouTube creators of your choice.

The YouTube audience itself is reportedly more than 1 billion people strong. What’s more, as much as 81 percent of the millennials in the U.S. watch YouTube. The platform has become the prime source of entertainment for the younger generation, while also attracting an audience of all ages with 58 percent of US Gen X-ers being on the video sharing platform and more than 43 percent of US baby boomers also enjoying YouTube content on a regular basis. 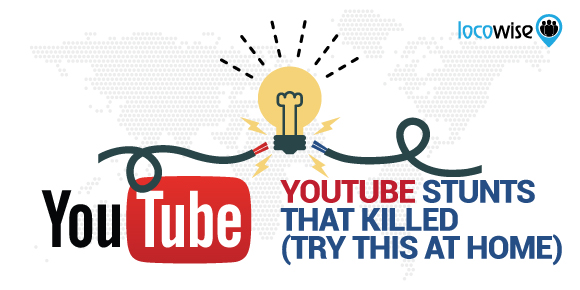 To sum up, YouTube is a safe platform for advertising allowing you to receive insight on how your ad is performing while paying only for the results. While the boycott and the controversy surrounding the platform is worth noting, it is also safe to assume that your brand won’t be affected in a negative way, especially if YouTube viewers are part of your targeted audience. Furthermore, the entry bar has been lowered, presenting you with an even better advertisement investment opportunity.

And did you know that you can truly make a difference with a simple ad? Check out how a YouTube stunt can truly skyrocket your marketing message.