Can Brands Learn Anything About Social Media Marketing From Donald Trump? - Locowise Blog

Can Brands Learn Anything About Social Media Marketing From Donald Trump?

Okay, we’re going to start this piece by declaring that we will not indulge in any political stuff. We are just here to look at Donald Trump. Perhaps the most divisive US president ever, and possibly the most controversial figure in the world right now.

We thought we would look at a very interesting aspect of his rise to power. He has used, freely and without consulting advisors, social media at an incredibly personal level. He still uses social media, and there are no filters. He’s a law unto himself. But we reckon his business genius has actually helped him to use social media to literally gain votes. Can brands learn any lessons from him?

Well, we think they can. As strange as it may seem, the man has an uncanny skill when it comes to marketing, or self-promotion. He knows his own brand, and how to enhance it. 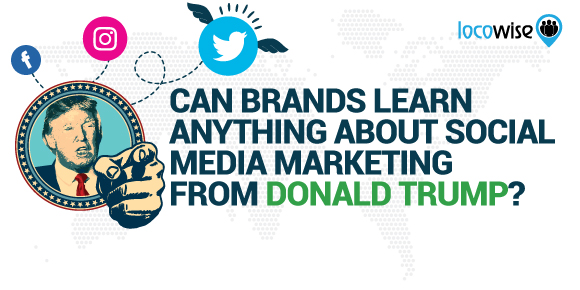 This is what he is best at. He is able to take on people on a personal level, and create comments and content that provokes. This is obviously something you can’t do as a brand, but the ideas and concepts behind this behaviour do warrant some attention.

Because Trump is so hell-bent on annoying people or baiting them, this immediately gives him, ironically, a lot of authenticity. Trump succeeds because the audience out there knows who he is, and it feels as if they almost know him personally.

Just take a look at this one for example. Nothing too especially controversial here, but the tone and use of an exclamation mark shows that Trump is connecting with real people. His voice is heard here (especially in the distinctly unprofessional use of that exclamation mark).

What is important here is that voice. People read this and think that he is, essentially, talking to the few rather than the many. There is nothing bland and corporate about it. If anything, the previous president was a little too impersonal at times. Trump (a businessman at heart) knows that people buy from those who they trust. To sell his presidency, he is communicating on a personal, intimate level. There is no sheen or polish.

We are making great progress with healthcare. ObamaCare is imploding and will only get worse. Republicans coming together to get job done!

And this can all be verified by the comments beneath. People naturally respond to what he says. If a brand was able to capture this kind of authenticity, it would be a world-class brand. He was particularly good during the election at live tweeting. This is an art in itself, and can blow up in your face if you are copying people or jumping on the bandwagon. Trump’s knack of being able to say what his supporters wanted to hear ‘in the moment’ was phenomenal.

What brands can do

We can’t expect brands to be anything like The Donald. He has legitimate business concerns and he certainly is a brand, but he has got there as an individual, through sheer force of will. What he is doing right (and instinctively) here is ‘being real’. Brands can do that too.

Your messages to individuals (and there are plenty of ways to make his happen in social media) should be honest, real, and sound like your brand is speaking directly to the individual. The more personal and honest (even perhaps emotional) your messages are, the more authentic you will appear. While this may not lead to you having the kind of audience figures Trump has, it will certainly make you more trustworthy. Your brand doesn’t need to be nasty or personal in the wrong way, but it can certainly be honest. Admitting mistakes, for example, brings some of the authenticity magic that Donald Trump has. 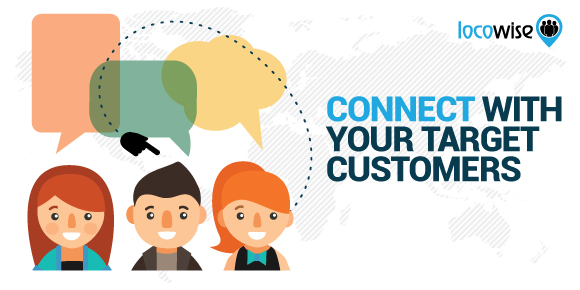 We know, you can’t ape Donald Trump. But at least we know one reason why he’s sitting on an amazing social media presence.

Bonus (alternative?) fact: Trump often tweets after hours, when his staff have gone home for the day. He is ‘on’ all the time.

Trump also made it his business to spread his message as far wide as possible. He had a bucket load of followers on Twitter for example, as well as Facebook and Instagram. His habit of literally tweeting and posting at all hours of the day, and with no restraint, meant that his ‘on message’ posts reached a huge number of people all the time. This set of contact points meant that his traction was huge.

He didn’t need influencers (although the mass media played a part) but instead he focused on just getting his message out to as many people as possible. The frequency of his tweets and posts made for a massive snowball of reach and engagement. And with the controversy and provocation that he is particularly expert at, his impact is magnified massively.

He is not just a genius on Twitter. Trump also rocked Instagram in a pretty major way on his approach to the White House. Again, this traded on his business skills and his charisma. Short and to the point videos on Instagram allowed him to spend literally a few seconds shouting at the camera about contentious political issues. Just watch this one and say you aren’t impressed by the way he uses Instagram.

It’s quick, bite-size and as controversial as we would ever expect him to be. But the videos he pushed out on Instagram last year on the way to the White House were funny, startling (his invective was often scary) and populist. The team around him and the man himself seem to know exactly how to use the channel to get the biggest ROI. And his ROI saw him made the president.

What brands can do

This is again a case of being careful. We can’t be Trump and spit bile at a camera for fifteen seconds every day. But what brands can do is look for immediacy and impact.

Using Instagram to broadcast memorable messages is something every brand can achieve. It can be a brand’s take on a news item, for example. And even slightly controversial elements can enter the mix simply because your brand has a counter argument.

With the ‘shock and awe’ elements, you can bottle some of that lightning as a brand, by simply trying to be timely, jumping the news just before it gets spread. This brings ‘awe’, and the shock part is something only a brand can decide upon.

The one aspect that any brand can take on board and master is the ‘catch all’ deal. This is where you spread your message on as many platforms and shares as you can. This, done well, can create a huge snowball effect.

Donald Trump’s numbers are often being disputed, and there is no exception online. But he does have a lot of followers in the general sense, with basically over half the voters in the election choosing him. For brands, it’s worth considering how best to spread the message as far as you can, and get it shared everywhere.

In fact, many brands can see how social media can be used to build up a real following. Trump did it and was persistent and also combative. If your brand wants a piece of the social media pie, you have to fight for it.

So create, curate, and share. That’s how you get anywhere close to the impact Trump has. 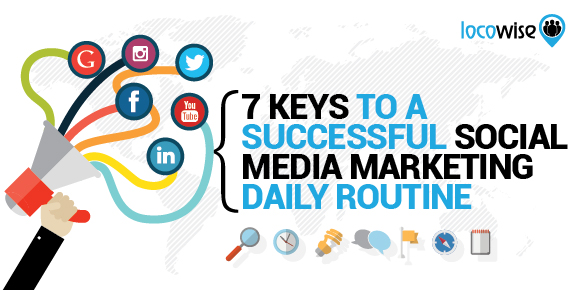 You may not have Donald Trump’s numbers, but do you know what your numbers are like? Try Locowise free for 7 days. It won’t get you elected, but it will certainly give you an edge on social media.