An Introduction To 360° Video For Social Media Marketers - Locowise Blog

An Introduction To 360° Video For Social Media Marketers

Virtual reality has been an especially hot topic ever since the Oculus Rift first made headlines, and it looks poised to finally swing into full gear this year. Despite some delays, the ultra-hyped Rift has finally started to make its way into consumer’s hands.

Emerging alongside it are relatively affordable consumer gadgets such as the Samsung Gear VR, which make virtual reality more accessible than ever. It seems the virtual dreams of the 90’s are finally being realized and there’s no doubt the marketing world is paying close attention.

To be clear, this article is not strictly about virtual reality. Instead, we’re going to look at VR’s little brother, 360° video. Despite what some will have you believe, there are important distinctions to be made between the two. Still, they certainly fall into the same category of immersive, just-like-being-there experiences. 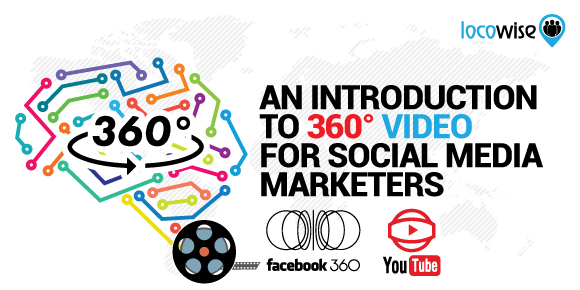 In essence, 360° video allows users to watch recorded video while being able to control the viewing angle in a 360-degree field of vision, an experience that simulates being there and looking around. While it isn’t quite the same as VR – you aren’t, for instance, able to move around independently or interact with any objects – it can still be an incredibly immersive way to consume video content.

We’ve established that it’s an exciting new technology, so let’s get into the basics of publishing your own 360° content on two of the biggest social platforms – Facebook and Youtube.

Having purchased Oculus and its Rift technology in 2014, it’s no surprise that Facebook supports 360° video. As a platform, they’ve done a good job of ensuring that it’s easy to both post and view.

Facebook 360° videos appear in the news feed just like normal videos. They can be viewed on both computers and mobile devices, though the method of “looking around” makes these experiences vastly different.

The clear winner is mobile. When viewing 360° video on your phone or tablet, you adjust the angle by holding the device in front of you and pointing it in different directions. The effect is really, really cool. There’s very little lag, and the responsiveness gives you the impression that you’re standing in a spot and looking around in real time. You can also view Facebook 360 Video using the Samsung Gear VR if you have a Galaxy phone, which provides an even deeper level of immersion.

On the other hand, watching 360° videos on your computer requires you to click and drag or use the WASD keys to change your viewing angle. You can still take in the full 360° view, but it really takes away from the illusion that you’re actually there. 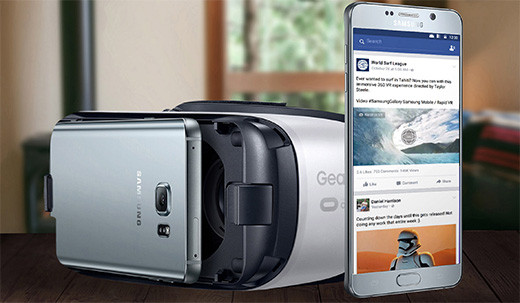 Youtube were quick to enter the 360° game and have supported 360° video since March of last year. Youtube 360° video can be viewed on computers and mobile devices, but 360° capabilities won’t be activated if you’re using your phone’s browser. Instead, users will need to download the official Youtube app. Changing the viewing angle works in the same way as it does for Facebook – point and turn for mobile, click and drag for computers.

You can enhance your experience using Google’s Cardboard technology, which allows you to head mount your phone using an inexpensive, easy-to-assemble visor. After opening a 360° video on the Youtube app, simply tap the Cardboard icon to convert the video into a split-screen before inserting your phone into the Cardboard visor. Cardboard is available for Android devices or iOS devices with iOS 9. 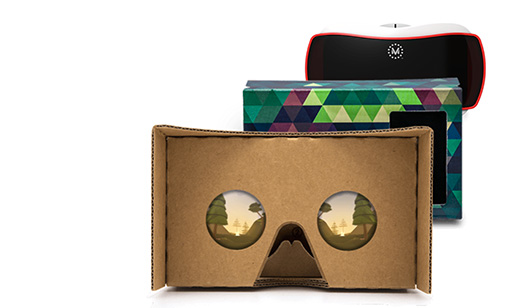 At the higher end of the spectrum, perennial innovator GoPro offers an impressive 16-camera rig, which will run you a cool $15,000. They have also developed an upcoming 6-camera rig that can be preordered now for a smaller, but still substantial sum of $5,000.

Facebook themselves have developed their own advanced 360-capable camera rig – and they’ve released all of its designs and software for free! The rig itself is not for the faint of heart and will cost around $30,000 to purchase all of the gear. With Facebook investing so much in 360° and VR technologies, we can only expect to see great things on this front. 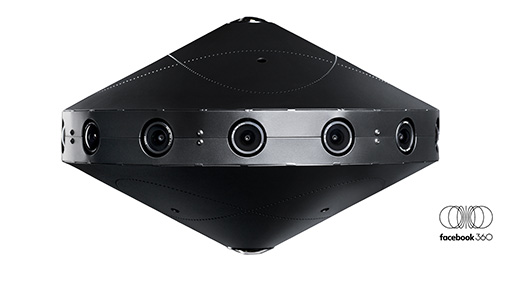 If those numbers are disheartening to you, rest assured that there are more affordable options out there. Kodak’s Pixpro SP360 includes two cameras and a connecting rig which will set you back $900 as a pack. The RICOH Theta, a single unit capable of capturing 360° video, comes in two models priced at an even more palatable $250 to $350. Meanwhile, GoPro has announced that they are working on a consumer-grade compact 360° unit, while camera giant Nikon’s Keymission 360 will be available this October.

Bear in mind that 360° videos shot on multiple-camera rigs will need to be stitched together in post-production. Kodak offers a free stitching app with their Pixpro, but other options may necessitate the purchase of costly editing software. For smaller brands, single-unit cameras like the Ricoh Theta are probably the easiest and most affordable way to start delving into 360° video.

To upload any video as a 360° video, you will need to make sure that the file has 360° metadata attached to it. Luckily, Facebook makes this very easy and uploading Facebook 360 Video is almost as simple as posting regular video.

Simply upload your video as normal, but click the “Advanced” tab before publishing. From here, check the box for “This video was recorded in 360° format” and click the 360° Controls tab to set the initial camera orientation and field of view. This will automatically add 360° metadata.

You also want to make sure you select the HD option – Facebook’s compression wreaks havoc on video quality so you should aim for the highest resolution possible. There is also a maximum length of 10 minutes and a size limit of 1.75 GB. 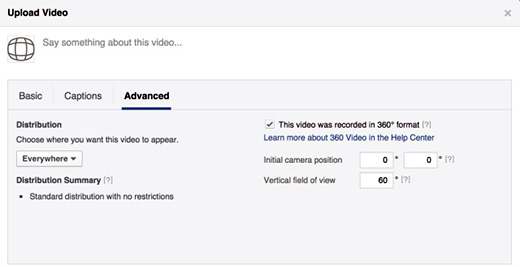 Things are not quite so simple for Youtube, and you will need to add the 360° metadata before attempting to upload your video (unless you have a camera that does this automatically). You can do this by downloading these free tools for Mac and Windows, but you’ll need to allow about one hour for the software to work its magic.

Once you’ve completed the necessary steps, you’re ready to post your 360° content and can do so as normal using Youtube’s uploader. As with Facebook, make sure to select the highest video quality possible (preferably 4K).

What about live streaming 360° video? To be able to put someone in your shoes in real time is a tantalizing concept, and Youtube has supported live 360° video since mid-April. To start a 360° live stream, make sure you have live streaming enabled via your Youtube dashboard. Then head to the live streaming control panel and create a new “Event”. Finally, check the box for “This live stream is 360°” and you are good to go. The recommended settings for 360° live streaming are 1440p resolution and 16:9 aspect ratio.

For more information on how to effectively harness live streaming, check out our beginner’s guide here. 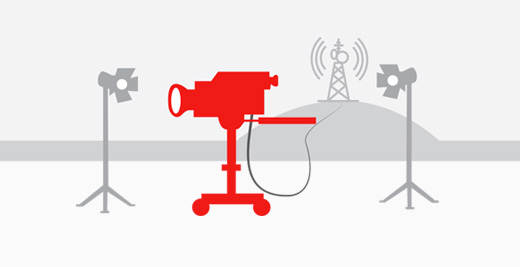 (image from: Google)
360° video ideas to kickstart your imagination

Is 360 video a viable marketing tool? Short answer: yes. The 360° video that the Deadpool marketing team released to promote their movie has reached 11 million views since we last wrote about it. Other examples have proven similarly effective. As with all novel concepts in marketing, fortune favors the early-adopters.

So as a marketer, what kind of 360° content should you be trying to create? The truth is, there really is no limit to what you can do here and novel ideas are popping up every day. And with the introduction of Youtube’s live streaming 360° capabilities, the possibilities have increased tenfold.

Your best bet is to focus on content that takes advantage of the first-person perspective. Give viewers a 360° tour of your facilities. Put them in the middle of a concert or sporting event. Make them a character in an action-packed short film. Need more inspiration? Check out our article on how brands have already harnessed 360° video to make some great content. 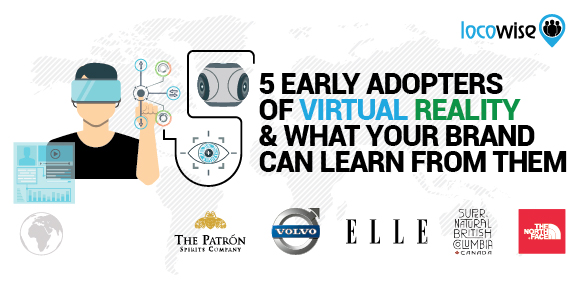 For marketers, 360° video represents yet another opportunity to connect with their audience in a more intimate way. As of now, the area is still relatively unexplored and creative new ideas are waiting to come to fruition. It’s an exciting time to be a marketer! Plus, this is just a first step towards true virtual reality. It’s likely that we’ll start seeing completely VR, interactive marketing as the tech becomes more and more widespread. And I, for one, can’t wait.