As most people in social media know, there is a lot of spam about. One of the biggest platforms that is most vulnerable to spam is Twitter. Ever since the platform first got off the ground, it has had problems with people using it as a place to ‘game’ the system. At its worst, Twitter was incredibly easy to spam, and this was mainly through the use of multiple accounts and hashtags.

That’s where people who wanted to inflate the posts they were making (so they were retweeted etc.) could do so by building multiple accounts and tweeting to them simultaneously. Or they could use hashtags on multiple accounts and therefore increase the popularity of a hashtag that favoured their work. It wasn’t very pleasant, and it was everywhere. Now, Twitter is fighting back with some real gusto. 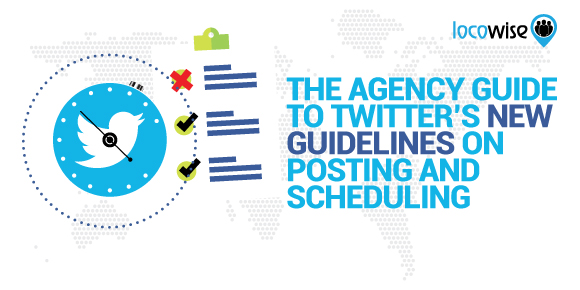 On March 23rd, Twitter began to ‘enforce’ their guidance on using multiple accounts. It made changes to Tweetdeck and to the Twitter API, which would:

‘…limit the ability of users to perform coordinated actions across multiple accounts.‘

Back in 2016, trolling and using multiple accounts to do so came under the spotlight. The US elections that gave the world Donald Trump as President were apparently affected by Twitter accounts that helped to move voters in the US towards Trump.

Twitter took swift action and suspended accounts connected to the IRA (Internet Research Agency), a Russian group that attempted to sway voters with tweets. The IRA and affiliates used multiple accounts to send tweets that grew in popularity due to the ability to build so many duplicate accounts, as well as accounts that have the same message.

Trump won of course. And while Twitter cannot be held responsible for that, there was more than enough evidence that the win was boosted somewhat by the messages on Twitter.

On the official Twitter blog, the platform set out what it was intending to do in 2018, to deal with the issue.

“In 2018, we will build upon our existing improvements. Our plans include:

Investing further in machine-learning capabilities that help us detect and mitigate the effect on users of fake, coordinated, and automated account activity;
Limiting the ability of users to perform coordinated actions across multiple accounts in Tweetdeck and via the Twitter API;
Continuing the expansion of our new developer onboarding process to better manage the use cases for developers building on Twitter’s API. This will help us improve how we enforce our policies on restricted uses of our developer products, including rules on the appropriate use of bots and automation.”

REMINDER: We will be enforcing our updated guidance on the use of multiple accounts beginning today, March 23, 2018. You can review these guidelines at https://t.co/tbWSBAJFoY.

The second point in that action list is what is happening right now, and has been since March. Twitter is exercising more control over itself. It is stopping the use of platforms such as Tweetdeck from allowing people to create and simultaneously tweet from multiple accounts. This will limit the impact of trolling because it will not be as easy to create large numbers of accounts to boost a tweet.

Third party apps that allow tweets to be created will have to make sure that their work doesn’t allow multiple accounts to be created and tweeted from. If they don’t, they could lose their accounts and their access.

The platform is not going to allow ‘bulk, aggressive or very high volume retweeting‘. As an added blow to trolls, or groups that take payment for bulk retweets and the like, Twitter has even changed Tweetdeck to reflect the new way of doing things. This platform will no longer make it possible to do mass retweeting, mass following or even mass tweeting.

What does this mean?

As an agency, or even just as professionals, you will have avoided this kind of shady practice anyway. You’ll have been patiently creating content for Twitter and the very last thing you would have done is post from multiple accounts.

This is what it sounds like. It’s not big and it’s not clever. What it looks like is an agency or social media manager posting duplicate or near-duplicate content on more than one account.

And if you’re thinking of creating multiple accounts that are even just ‘kind of’ the same as each other, you’ll lose out there too. Twitter will not tolerate that. And when you think about it, there really is no reason to create multiple ‘similar’ accounts.

This is where you effectively repurpose content, without the repurposing part. Let us explain.

If you have an amazing tweet and you send it out via automation, or even manually over hours or days, you’re going to have a problem.

You can rewrite the tweets so they are not similar, and this is good practice anyway, but just sending out the same tweet at numerous intervals is frowned upon.

Multiple tweets on a trending topic

This is one that has us kind of stumped, to be honest. If you create multiple tweets to a topic or a thread that is trending, then Twitter will consider withdrawing your account.

Let’s break this down a little. Assuming this means where you create a link and send out multiple tweets to gain traffic to that link, this could affect a lot of social media professionals. Again, the possible way around this is to pull back the frequency a little, so that the link is not going out multiple times in the day.

This should not really affect your practice if you’re not creating and growing multiple accounts. But some agencies might do this, because there are multiple tools out there to help you. These tools allow people to retweet, for example, from five accounts at once.

If you’re following Twitter’s guidance though, you’ll know that creating multiple accounts is wrong, so to all intents and purposes this shouldn’t be a problem you experience.

Should my agency be worried?

From an objective point of view, if you’re able to be sensible and responsible with your Twitter campaigns, as well as inventive and creative, none of the rule changes should affect you.

In the cold light of day, this just looks like a way to stop spammers from doing their thing, and allowing responsible users and campaigns to thrive, rather than be swamped by spam.

Want to get the edge over your client’s competitors? Think about a free week on Locowise. We reckon it’ll take just a week to impress you.