Social media has found a very special place in the world of movies. It has kind of happened quickly. Movies ignored social to a large degree until relatively recently, with some campaigns effectively guaranteeing a movie’s success on release (or at least some kind of profit).

Now, movies and social media have settled into a groove, with campaigns beginning months before a film is released, building up excitement to a fever pitch.

It’s arguable that some social media campaigns are (dare we say it) better than the movies they are designed to promote. Let’s take a look at five supreme examples, and the lessons brands can learn from their expert use of social media. 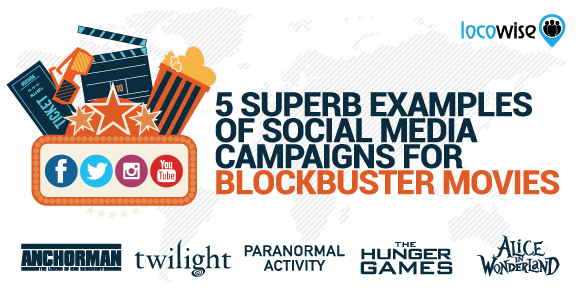 This film was huge. And it was huge because of the incredible amount of work that went into the social media campaign before it was released. No one is going to argue with that.

Twitter was used to tweet messages from Ron Burgundy, the Anchorman himself. We doubt very much that Will Ferrell created the tweets, but it was possibly one of the very first examples of a ‘voice’ on Twitter for marketing purposes. Sure, we’ve had fake accounts for years, but this was a real character, loved by millions, and talking to those millions. It produced instant engagement, and showed how a little creativity around a strong character can drive a campaign.

Then there were videos, starring Ferrell himself as Ron. These lit up YouTube, and excited fans who didn’t have to deal with text or hyperbole riddled content. They just got to watch the man himself be funny.

The film has grossed (so far) nearly $174 million worldwide. Part of that gross is all about the social. 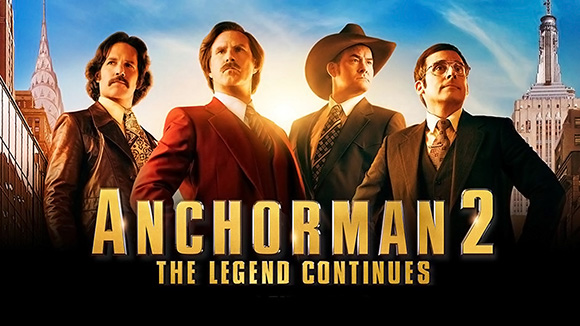 Lessons brands can learn: Even if you don’t have what is effectively a mascot for your brand, find the ‘voice’ and the ‘stuff’ people love most about you. Instant engagement.

Not everyone likes the Hunger Games series of movies. For some it just involves a miserable looking woman walking around and not saying much. For others, it contains the meaning of life, or something. Either way, no one can argue that the social media campaign that sprung up before the release of the very first movie was anything less than truly inspirational.

In an incredible move, the people behind the campaign gave fans of the books a chance to become citizens of the fantasy world the books were set in. You got to join a district in the world, and gain your own unique pass if you signed in through Facebook or Twitter. That’s real engagement right there, and shows solid thinking behind the campaign.

But then it gets even more inspired, as each ‘district’ had its own Facebook page, and elections of members. You could even become mayor of a district. This is inspiring because it actually allowed fans to become part of a community within the larger fan community. Cue a ton of buzz before the first movie came out.

Lessons brands can learn: Tap into what your fans and your tribe want to talk about, and give them exclusive content that helps them feel they are part of a special community. Make it a club.

This was a grassroots social media campaign. The film originally went on very limited release in the United States. But then the guys behind the movie (social media savvy darlings that they were) decided to leverage the power of social to get the movie out to a bigger audience.

The filmmakers only showed trailers that showed reactions by audiences. Nothing of the film was shown. This created immense buzz, and when the filmmakers wanted to push the movie further, they knew exactly what to do.

Using the movie’s website, the filmmakers asked people to demand the movie be shown in their town. They told fans that if a million hits for their town or city were received, the production company would show the movie in their hometown. It worked.

Social media was then used to up the game even more. At one point, fans of the movie were even able to ‘tweet their screams’ from the Twitter pages.

Lessons brands can learn: Hype works a treat. If you have a launch coming up, take it easy. Tease, tease and then tease some more. People will start to want, and then demand what you are going to give them, and this can only mean a huge audience in the end. And engagement? Well, it’s built into anticipation marketing of this kind. A teaser video, or a series of images on your Facebook page will do.

Okay, there are people out there right now who actively loathe these movies. Sadly, you’re in a minority. Twilight was a monster book (excuse the pun) with millions of young fans around the world.

The filmmakers knew their audience would use social media, and they knew that their fans were pretty much ravenous for anything related to the upcoming movies at the time. So they filled the Twitter feed with a goldmine of info and insights into the movies and books. The fan base responded, and Twilight became the very first movie (the first in the series, mind) to hit 1 million followers on Twitter.

Lessons brands can learn: If it ain’t broke, don’t fix it. If you’re riding a wave, feed it, and watch them come as you give the audience exactly what they want.

The Johnny Depp hit was destined to do well anyway, arguably, but the viral social media work behind its release helped it along no end.

To look at the social media campaign behind the film’s launch is to perhaps look at an object lesson in the best way to use social media in any kind of branding situation. Users on Twitter and Facebook were ‘allowed’ to become subjects of the famous Red Queen, which millions instantly wanted to do.

Those who clubbed together to become the largest army received access to a secret trailer. Again, another great way to get people engaged, and it falls rather neatly into the social media golden rule around exclusivity.

Lessons brands can learn: Give those who are (literally) loyal to your brand an exclusive reward. 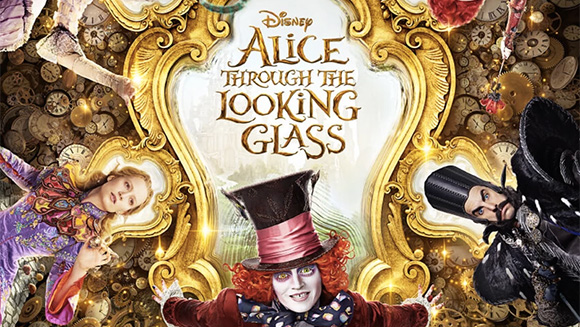 So there we have it. Five great examples of movie social media campaigns. Expect things to get even more heated and exciting as movies and social come closer together. There is no ‘hit and hope’ with movies now. Test screenings don’t even matter that much. You can test screen on social anyway. And you can also segment and see exactly where your movie may get the biggest audience. Kind of scary, really.

To do your own segmentation and social magic, try a trial of Locowise for 14 days, for free. It won’t get you to Hollywood, but it will get you more fans.