Why Apple Could Cause Big Problems For Facebook - Locowise Blog

Apple, however, has quite clearly lost a little bit of it’s industry weight recently. This happens with time, and Apple aren’t exactly losing customers by the bucketload, but it’s important to note that tech and social media are changing industries. If Apple wants to stay afloat and still seem as innovative as Steve Jobs intended it to be, it needs to pull itself out of a hole.

Consider it (nearly) done. There is no real need for any kind of hullabaloo quite yet, but Apple seems to be making a big play. It’s latest operating system, iOS 13, is due to be released sometime in mid-September. And it’s already got lots of people very excited. Amazingly, Apple looks to be wearing it’s innovation hat again. 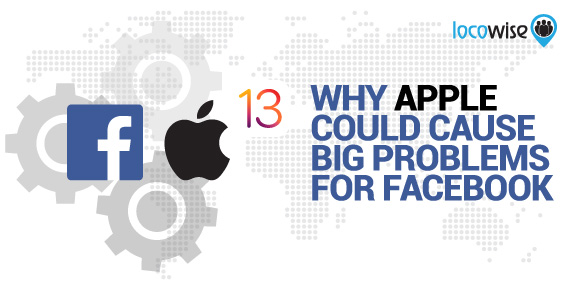 The best way to describe what’s going to happen is to focus on one of the features that every Apple customer knows about. Notes is an interesting app, because it has never really tried to compete with more famous external apps such as Evernote. The new iOS 13 will, however, bring some areas of functionality that should see Notes become a major player, but possibly not in the way you might expect.

In iOS 13, Notes is to become more social. And it’s doing it in a very special way. Looking at the list of new features, it feels like it’s becoming a new kind of social network, rather than just a note-taking app.

If you make a note about a meeting you’re due to attend or hold, you can now tag your colleagues inside the note. This will allow reminders and alerts to be sent to those colleagues prior to the meeting. Along with being able to send details of what’s going to happen in that meeting, it also makes sure that you can organise a meeting with the people attending inside the app.

If you are familiar with Slack, the communications ‘wonder app’ of recent years, you’ll probably recognise this kind of process. What makes this interesting is that Notes has never allowed this before. Now, it’s suddenly turned an app into a social experience. The people involved in the note are tagged, invited, and generally involved in a more private way. 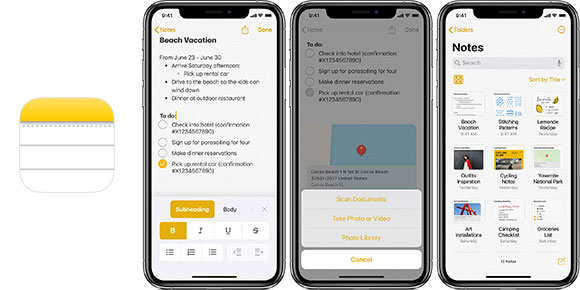 How is it private? Well, you have complete control over the meeting and how it is set up, and invite attendees. Sure, that’s work email for you, but in a note-taking app it kind of makes us think Apple may have big plans on it’s table.

Photos has long been a Facebook thing. Put it this way, if you think of Facebook now, apart from being able to keep in touch, you can also share photos with friends. Instagram (a Facebook company) is built on image sharing. It’s just what Facebook does and it is famous for it.

Enter Apple and iOS 13. With photos on the iOS device, when you view a photo the device will suggest you message the photo to the friends in the image. It also will offer a collection of memories with some extra work in the feed. You will be able to arrange a feed of photos with one particular person in it. You’ll also be able to have important dates highlighted around the people in the photos, like birthdays and so on. 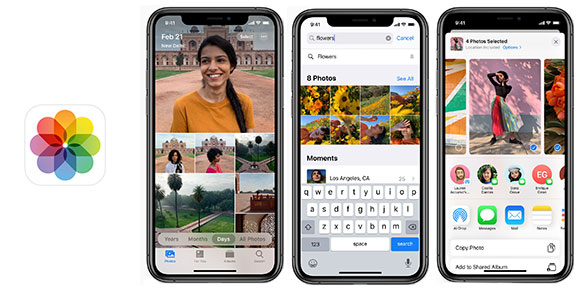 What does it all mean?

Well, putting it bluntly, Facebook may well have some heat on its hands here. With the new iOS 13 bringing an operating system that is organised around relationships, there is another way to feel connected to people. And it’s woven into the actual operating system of an Apple device, rather than through a third-party app.

More importantly, the new iOS will make suggestions, help you tag and generally communicate with people that are known to you. So there is less of the ‘open’ feel that Facebook developed when it came to contacts. People have been saying for years that they felt a little exposed on platforms like Facebook, and Cambridge Analytica made those fears very real. With Apple’s new iOS, you’re looking at a way to stay social and communicate with people you genuinely know, from work colleagues to family, through photos and through other areas like Notes.

What does it mean for Facebook? Apple has millions of devices out there right now, and we think that the levels of distrust many are feeling towards Facebook will only convert to huge take-ups of the new iOS features. Since these features are all built-in to the phone, tablet or computer, it makes sense to make your communications and relationships more personal and more meaningful.

In other words, Mark Zuckerberg may have had his thunder about ‘more private networks’ stolen right from under his nose.

Would you like the opportunity to keep an eye on all your social media metrics, with no fuss? For the best data, all the time, try Locowise. We will even give you a full week for free.