What We’ve Learnt From Wetherspoons’ Exit From Social Media

Something rather interesting happened with JD Wetherspoon on the 16th April. The huge pub chain suddenly decided to close all of its social media accounts. If this was about a few accounts that were used now and then, like some brands do, this would not be a big deal. However, Wetherspoon had a lot of social media accounts. It is one of the biggest hospitality brands in the UK, and has 900 pubs all around the country.

That size means a considerable presence on social. The chairman of Wetherspoons, Tim Martin, has personally taken the decision to shut down accounts on Twitter, Facebook and Instagram. That means literally hundreds of individual accounts, because many of the chain’s pubs ran their own accounts. It’s a fascinating development, but what is perhaps even more intriguing is the stance Martin has taken. 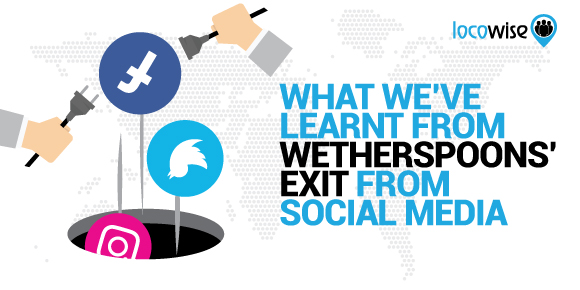 Martin feels that social media is doing nothing for his business. He is famously confrontational, and his huge chain of pubs is often blamed for the closure of over 20,000 pubs up and down the country. His business model is focused on developing branded pubs, and lots of them. The death of the small, independently-owned pub has often been explained away as ‘the Wetherspoons effect’.

The whole ‘let’s leave social media’ thing is a mixture of the chairman making what seems like a sound business decision, and the chairman being a bullish, traditional boss who doesn’t like new and trendy stuff. Martin genuinely felt that social media was not boosting profits. But in addition to that, he’s used to being stubborn and different.

And social was doing nothing for the brand. One recent tweet gained nothing more than three retweets. That’s incredibly poor for a brand that has profits in the millions.

Martin is famously protective of his staff, and did consult with his pub managers. So the views he held were unanimous across the board. However, we can’ t help thinking that Wetherspoons could have changed a few things before they decided to jump ship.

What should have happened

Wetherspoons had a terrible reputation on social media. One incident that has been regularly referred to involved a representative replying to a tweet that complained about long service delays at the bar.

Five years later (and we’re not making this up) Wetherspoons responded. Essentially, this showed just how poor things were with the social media accounts that Wetherspoon head.

The first thing that should have happened is a cull of all those different accounts, many of them for individual pubs. Maybe it was an attempt by Wetherspoons to give the pubs more control over their customer relations, but it obviously didn’t come with any decent training and quality control over time.

Martin is quite happy to say that Wetherspoons’ social media presence didn’t bring any profits, but the truth is that a more centralised, on-message presence would have done ten times more for the brand’s PR.

The Twitter account that Wetherspoons had was underused. Right up to the point of the announcement about closing accounts, the brand had not posted to Twitter throughout April, at all. The announcement broke the silence.

Granted, before April it was posting to Twitter on average every day, once. But this is not a great frequency of posting and screams to us that the brand had no confidence on the platform, and was simply ‘using Twitter’ for the sake of it.

Wetherspoons also famously posted the same pictures on Facebook as it did on Twitter, which goes against all wisdom around social media. By not treating the two channels as distinct platforms, with content that was unique to them, Wetherspoons was doing absolutely nothing for it’s social media impact.

This meant that Wetherspoons could quite easily have held onto a main account on each platform, and simply used those two accounts sensibly by:

Treating each channel as its own entity, thinking about the audience and creating content that meets their needs
Post regularly. By having a couple of key accounts, and using a couple of platforms, it’s easier than ever to create content on a daily basis. And it’s probably a lot less of a headache to monitor that kind of work than it is to keep an eye of hundreds of accounts. 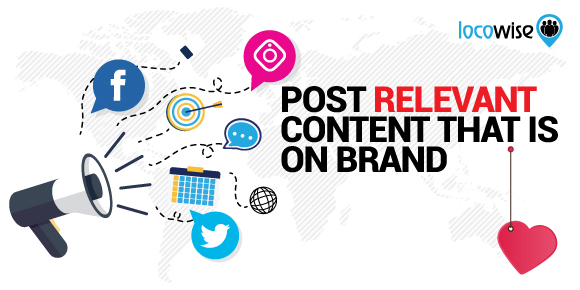 By focusing on a smaller number of accounts, real creativity is allowed to flow. For example, on social media, laser focus allows a brand to:

Curate effectively, giving their audiences meaningful content created by others
Put the time and the effort in to developing high quality visual content, rather than simple status updates and text links
Create a series, that encourages audiences to stay engaged
Monitor the success of campaigns, something you’d be very hard pressed to do when you have hundreds of different accounts
Use polls and competitions to engage audiences

Those are just some of the ways in which Wetherspoons could have focused on fewer accounts, and pulled in high quality engaging content. Confidence comes when a brand is truly on message. This can’t happen with a multitude of accounts. By keeping everything simple, a true brand voice could have been developed, and social media would have been more fun for the brand. 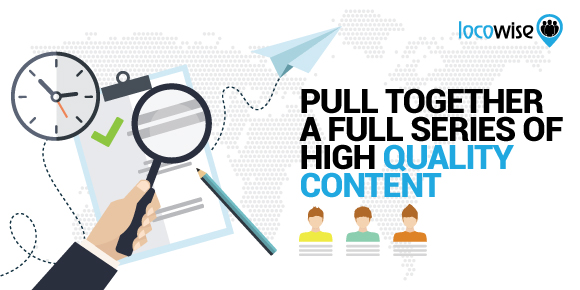 We suppose there is no easy way to say this Wetherspoons, but your biggest mistake was having so many accounts. With that much baggage on your hands, you can’t focus on delivering a powerful social media presence.

Would you like to have some of the best metrics around, and help your clients even more? Try a week on Locowise, absolutely free.