Vine Is Dead. Should Brands Panic?

So Vine is dead.

Twitter is closing it down. They won’t listen to users and they won’t listen to the media. The platform is for the scrapheap. All that remains now is to pick up the pieces. For all those Vine stars who became famous because they could cram meaningful content into a six second slot, times are changing, and they will have to adapt. There are other platforms to conquer.

But what happens if you are a brand and you have spent money and time on making Vine one of your key platforms? Where do you go from here, if like some brands, you predominately focused on Vine for your content marketing? 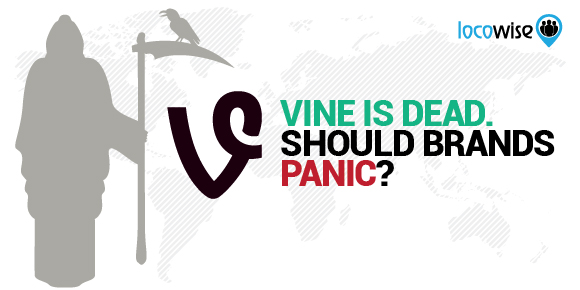 Don’t. Twitter isn’t going to kill all of your Vine videos tomorrow. The aim is to shut down the site and its content over the next few months, and we can’t see anything happening before Christmas, basically. This should provide you with some comfort. But if you’re a brand with hundreds of Vines on there, it still means you have to get busy finding somewhere to put them or something to do with all of the videos you created.

But just don’t panic. Bear in mind that Vine is huge, and this means that Twitter will not chop it out of the Internet anytime soon. Instead, the company will probably focus on making sure that it has a proper wind down, with plenty of notice of the website and its features disappearing at a slow, sensible rate.

Also, don’t forget that Vine is closing down for a reason. It may have looked incredibly popular at its peak, but the platform wasn’t for everyone. With so much going on, especially with live streaming becoming even more popular right now, Vine was becoming ever so slightly ‘established’ rather than new and exciting. It was part of one of the biggest families around, but Twitter obviously has decided that it isn’t that great.

And a word on Twitter. Because it has decided to take this course of action, there is every chance that Twitter itself will suck up some of the good stuff from Vine, in the way of resources at least. The rumour is that Twitter itself will undergo some changes over the next few months, and will at least be looking at new ways to use video, if not making live streaming the dynamic and essential medium it so obviously deserves to be. We reckon Twitter has something huge up its sleeve, and it has decided to lose Vine simply because it was failing.

Want proof that Twitter is essentially non-evil and that Vine won’t disappear in a puff of smoke? Here’s a statement made by the company:

Nothing is happening to the apps, website or your Vines today. We value you, your Vines, and are going to do this the right way. You’ll be able to access and download your Vines. We’ll be keeping the website online because we think it’s important to still be able to watch all the incredible Vines that have been made. You will be notified before we make any changes to the app or website.

So there you go.

You need your Vines. Any brand that has made headway on the platform should now be thinking about what to do with those six second clips. You may even have sunk some serious money into them, so losing them isn’t an option. Here’s what to do.

You could check out the millions of online services that allow you to download and store your Vine videos for hundreds of years (or at least as long as the various sites stay open). One of the most interesting options is GIPHY Loves Vine. With one click you can export all your Vines and have them imported over to your GIPHY account. We’re not going to list out all the sites here, so just Google it.

There are so many options, both free and paid. It’s really all down to your budget and what you want to do with the collection of Vines you have.

No really, what next?

Yes, there will be life after Vine. The Internet (and social media) is the fastest growing thing on the planet, and it’s pretty safe to say that there will be another Vine-like site out there shortly. If you’re a social media agency and your client is panicking because they have fifty Vines that are now going to disappear, reassure them that the social media landscapes are vast and forgiving.

In fact, one of the best things you can do in this situation is adapt. And one of the best ways to adapt is to go back to YouTube. That social media giant is not showing any signs of slowing down, and with Vine on the out, expect to see a lot of brands pouring money into videos on there. And for good reason. It’s huge.

However, one lesson we can all learn from this is that one platform should not be your one and only nest egg. This makes perfect sense anyway, with all the different audiences the platforms have. But with Vine’s demise, it is even more apparent that the social media giants are not afraid of pulling a service, just like that.

If you’ve been affected by Vine leaving us soon, focus on other aspects of visual storytelling, such as using Periscope or Facebook Live. Brands are rocking it on Facebook anyway, and always will. These two platforms alone look like they would be the juggernauts of the future. Sure, you have to get used to live streaming for your brand. But those who do it quickest will benefit the most. 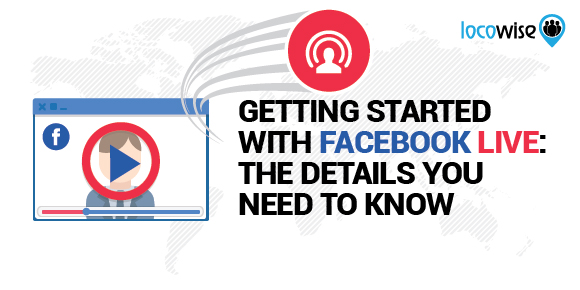 Feel like getting a true handle on your social media? If you’re a brand or agency, and social is vital, get the best and quickest metrics around on Locowise. Try a 14 day trial, it will cost you nothing.