Twitter testing feature that suggests who you should unfollow - Locowise Blog

Twitter testing feature that suggests who you should unfollow

Twitter is fast and responsive. It has a number of different uses that has made it one of the most popular social media platforms around. It also got itself firmly into the spotlight recently, when it owned up to the fact that it had a ton of bots and fake accounts. This scared everyone who had ever paid money to build up a follower list, and it also scared everyone who had built up a follower list of thousands(or more) over a number of years.

It’s been a hell of a year for Twitter too… 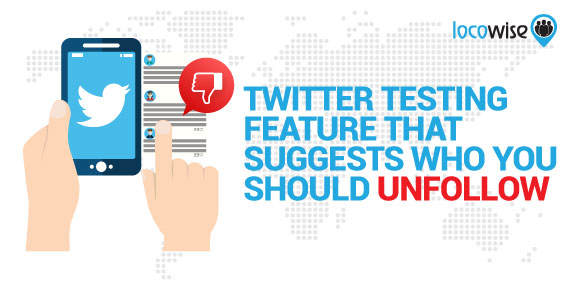 Facebook has long endured flak for having a timeline that attempted to only show you stuff from people that are relevant to you. What this has often turned into is a situation where users see timelines that show them marketing and advertising content rather than stuff that they are genuinely interested in. It’s been a flawed process from the start.

Then Twitter changed its mind later this year when it gave users an option between the algorithm-based timeline and the classic chronological timeline. This was welcomed by the vast majority of users, and it’s probably safe to say that a large number of them went back to classic.

This was all part of an attempt by Twitter to give more meaningful content to users. But it backfired, and showed that Twitter doesn’t always get it right.

Also, this year Twitter decided that it wanted to clean up it’s act. It pushed to have a better experience for all the users. It moved quickly and, in some cases, quite devastatingly. The end result was Twitter wiping out thousands of accounts that it felt showed ‘suspicious’ activity.

It locked accounts that had that kind of activity (basically, Twitter saw suspicious activity as evidence of fake and bot accounts), and then it removed the accounts from users feeds and follower lists.

This was clear evidence that Twitter was acknowledging it had a follower integrity problem. However, users started to twitch a little, because it also felt like Twitter was starting to interfere a little in how their Twitter accounts were managed. You couldn’t argue with the worthiness of what Twitter did here, it just seems a little like it was a rushed idea. And when you look at the algorithmic timeline thing from earlier, it was perhaps anotger example of how Twitter saw a problem or an opportunity and tried to deal with it super quick, rather than consult with users first. 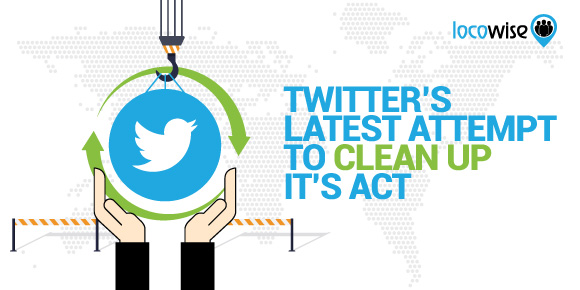 This is the latest attempt by Twitter to make the platform a better place. Remember when it used to offer you follow suggestions on a regular basis? And then you’d follow them and realise that you’d followed a movie star who would never, ever follow you back? Well, Twitter has flipped that around this time, and has tested another way of dealing with followers.

The new feature (still in testing phase) is designed to show users suggestions of people they might want to unfollow. This make sense in a way, but it does make us wonder why Twitter is encouraging unfollowing. Surely, the more unfollowing a person does, the less likely they will use the service, in the long run?

Perhaps, but Twitter is endeavouring to help users get a better experience. And by helping users remove people who they don’t really engage with or simply don’t belong in the feed, it will do just that.

The problem with it

There is a slight problem in that some of the users who helped Twitter test it have found that the new service actually made suggestions for ‘unfollows’ for accounts that users actually wanted to keep following. A problem in that it seemed that Twitter was once again poking it’s nose in and rather unsuccessfully too.

The whole thing rests on users not engaging with the suggested accounts, but if this is already not happening correctly then there is a real issue.

Add to this the fact that some users have even suggested that there could be a political agenda behind some of the unfollowing. And when you think about it, how long will it be before Twitter (presuming it forges ahead with the project) starts to decide who you should follow because an Influencer needs more reach?

We don’t think Twitter is doing the wrong thing here. The intentions are good. But it needs handling sensitively. As long as users genuinely come up against people they want to unfollow,it should be fine.

What could possibly go wrong? 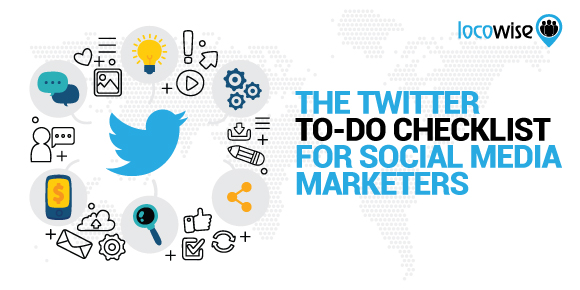 If you need to keep a strong focus on a social media campaign, or if you just want to see all of your social media awesomeness in beautiful and colourful charts, try Locowise free, for a whole week.