Of course, we could say that Facebook had another successful year with no dramas or upsets. But then we would be ignoring the biggest international news story of the first quarter of 2018.

Cambridge Analytica had the potential to sink Facebook. There is no other way of looking at it. If Facebook had not responded to the problem so carefully, the brand could have tumbled and become incredibly unpopular in just a few short days. Some would argue it has suffered a setback that it will never quite recover from.

Facebook was seemingly completely unaware that Cambridge Analytica had got its hands on the personal data of over 87 million users. And it’s hard to believe the company would have known about it and done nothing. But there was still that uneasy feeling that Facebook existed solely for the purposes of making even more money out of people it had signed up for free. It was an ugly period for the Facebook brand, but Mark Zuckerberg has never been one for taking stuff lying down. 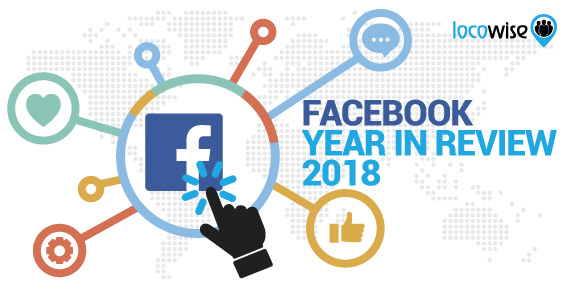 He went on record soon after the shenanigans had ceased, reassuring users that all their data was completely safe in the hands of Facebook. What’s more, he also promised to be transparent from that point on:

First, we will investigate all apps that had access to large amounts of information before we changed our platform to dramatically reduce data access in 2014, and we will conduct a full audit of any app with suspicious activity. We will ban any developer from our platform that does not agree to a thorough audit. And if we find developers that misused personally identifiable information, we will ban them and tell everyone affected by those apps. That includes people whose data Kogan misused here as well.

Second, we will restrict developers’ data access even further to prevent other kinds of abuse. For example, we will remove developers’ access to your data if you haven’t used their app in 3 months. We will reduce the data you give an app when you sign in — to only your name, profile photo, and email address. We’ll require developers to not only get approval but also sign a contract in order to ask anyone for access to their posts or other private data. And we’ll have more changes to share in the next few days.

And that statement shows just how let down Zuckerberg felt about the whole matter. If you look at the number of people who had their data stolen, it’s a phenomenally sinister thing. The only real upside about the Analytica scandal is that social media platforms are now more transparent. New data rules and permission agreements are springing up everywhere as a response to what happened this year.

But let’s not forget that this very nearly toppled Facebook.

Portal was unleashed upon the world in November and is a huge piece of news simply because it is an attempt by the brand to position itself against Google and Amazon.

Both those companies have home units that allow you to get more out of entertainment and communication. Amazon’s Alexa, for example, is a smart unit that learns more about you as you spend more time with it. These home ‘hubs’ are obviously a sign of things to come in the future.

Zuckerberg and his crew released Portal and surprisingly, it brought a couple of new tools to the game. For example, it has a camera that is unique, in that it automatically pans and zooms so that everyone taking part in a video call will be visible at all times.

With sound, Facebook took the game a notch higher. Portal automatically adjusts the sound so that everyone’s voice is clear and loud enough for others to hear during a call. This is a big step forward in technology.

We can see Portal becoming a marketing game-changer too. That’s if it ever becomes more than a personal use video-calling unit. 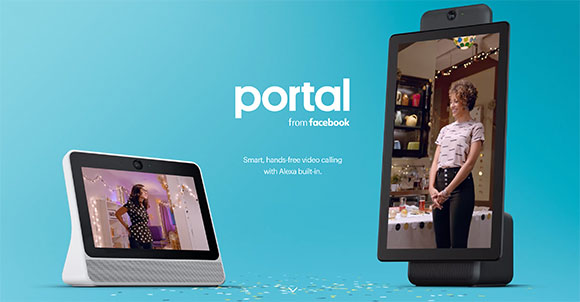 A big change to ad placement

This was an intriguing development and one that has seemingly sprouted from the Cambridge Analytica mess. Facebook has spent the whole year telling people how it’s going to help maintain their privacy and data. And in the fourth quarter of 2018, it assured advertisers that they could manage preferences as to where their ads went.

This means no more ads placed right next to a ‘mature’ ad image, for example. So it’s safer and more responsible. It’s also good to know that Facebook has continued its transparency mission by assuring advertisers that it will notify them where the ads actually went after the advertising period.

So it’s been a good year for Facebook as long as you ignore the Cambridge issue. Expect to see more ‘transparency’ in 2019, as Facebook becomes cleaner, safer, and friendlier. 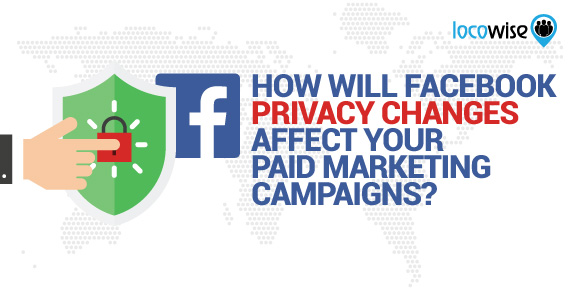 We hope you enjoyed this piece. And if you want the kind of social media data that helps brands all over the world, contact us at Locowise. We’ll even give you a full week of the tools and data absolutely free.