BREXIT: How social users have engaged

When you think of Brexit and social media, it makes perfect sense that the two should be very close. The political issue has divided communities, and brought some people together. Social media is the best definition of ‘community’ online. So when Brexit really started to dominate the national conversation it was easy to spot the commercial campaigns.

This was the weird part, in a way. Companies literally building campaigns for their products and services over how people felt on an issue that had divided a nation.

We will take a look at the commercial aspect first. 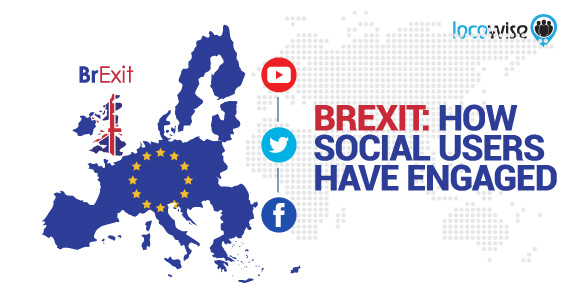 Well known for being a food product that you either love or hate, Marmite was quick to jump on the bandwagon and produce a campaign across social media that focused on Brexit sentiments.

This particular tweet here is a perfect example of how the campaign simply plugged into what was going on. Marmite has always had a polarising effect, perfect for a country that is feeling quite polarised right now.

Love it or hate it. pic.twitter.com/09YDVfK6F2

Always known for being a little bit controversial (it is a gambling company after all), Paddy Power came with the ingenious Brexit Bunker concept, and hired one of the best known French footballers of all time, Eric Cantona.

The tongue-in-cheek campaign was a smash, and it allows people to see the funny, playful side of both the footballer and the issue itself. Not to everyone’s taste (the UK PM has got into a spot of bother recently for using language related to war), but undeniably entertaining, the campaign was a little treat that showed how businesses can tune into the zeitgeist effectively.

Time now to look at something more political, the Brexit issue itself.

The Brexit party, headed up by Nigel Farage, pulled off something of a coup in the late Spring of 2019. Less than a year old at the time, the party managed to have the biggest impact on Facebook. What’s more, that impact is bigger than all other major political parties combined. Quite a feat.

There is a lot to unpack here and obviously things have changed as regards the national mood since the Spring. But interestingly enough, Nigel Farage’s appearance on a BBC politics show gained massive engagement in social media. After Farage’s appearance on The Andrew Marr show, a post linked to that on his personal Facebook page gained well over 44,000 Likes. In May, it had received nearly half a million views. This shows us that the issue is important to people in the country, but it also shows us that politicians are very much tuned in to how to use social media effectively.

It’s no secret that the largest sector of users on social media are in the 18-29 age bracket. This is the way it goes. Therefore, when so much engagement is happening around Farage (and any political group or politician), the chances are that engagement is coming largely from that age bracket.

Politics, and Brexit in particular, is moving younger people to engagement.

During a particularly heated part of the recent parliamentary calendar, Jacob Rees-Mogg, an immensely polarising figure, was shown to be slouching during a Brexit-related debate in the House of Commons.

You can take  a look at him doing this here.

His actions then went viral as memes and all sorts of posts soon followed. This is the key to understanding what is going on with Brexit and social. Remember that age group, and then remember that these moments in history are largely being driven by young people on social. Our understanding of the fact that Rees-Mogg was lounging in the commons will not have been driven by news reports. In fact, the vast majority will have heard about the incident on social, and then laughed at the memes that came up on social.

While Brexit may be the top story in the news, we’re hearing about it and engaging with it on social media.

Brexit will happen in some form or the other, but it has to be stressed that political parties, businesses and people are much more savvy on social. They know how to break a story, and then how to make it grow into something that can polarise people. Never before have we had such a political means of communication.

Do you want to have a great level of control over your social media? Why not try Locowise, we will even give you a full week for free.