A Day In The Life Of A Social Media Manager

One of the things I hear most often from businesses operating solely through Facebook (you’d be surprised at how many there are) is that they’re not reaching as many people as they used to.

How do I Improve ‘Reach’

People who know what I do tend to corner me at parties and other gatherings because, as a Social Media Manager I’m supposed to have all of the answers. They believe that I must know of a quick and easy way to improve post reach performance. Going to a party is sometimes almost like going to work because the same question crops up time and again, although I used to be almost as much in the dark as they are.

As to whether there are quick and easy ways to improve post reach performance, the answer is yes and no. There are ways to boost engagement percentages by using targeting – ensuring that a post is shown only to the sector of your audience that it’s designed to appeal to. The trouble is that if you ask someone if they use targeting you’ll be met with either a blank expression or the answer that they want to target all of their followers.

Don’t get the wrong impression. These are intelligent and articulate people who will, if you mention ‘target market’ or ‘target demographic’, know precisely what those terms mean. 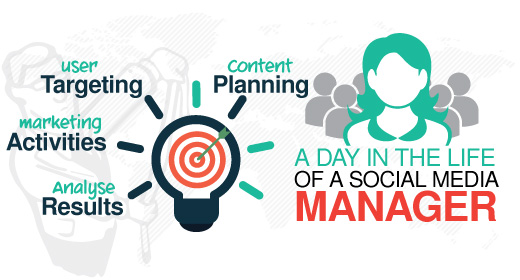 The problem is that they’re only appealing to people who use Facebook. This is a platform struggling to please a lot of users who want less general (random) content in their newsfeed and more relevant content, so that they only see (in so far as Facebook can manage it) content that they want to engage with.

The Changing Face of ‘Reach’

It’s not unlikely that in the future, users interested in funny photographs of cats will be able to specify both the type of photographs (cat with box = no, cat with piano = yes, cat with fish tank = no) and when they get to see them (funny cat photographs = Fri/Sat/Sun).

It’s easy to see that as the amount of individual control users have increases, the more difficult it’s going to become for businesses to reach them.

The expectation might be that if a business page has 1000 ‘likes’ then any message is going to reach 1000 people. The reality is that it will be lucky to be seen by 50 because it doesn’t match the criteria set by each of the 1000 people who’ve liked you.

Some business users are savvy to the idea of scheduling posts to coincide with the times their audience is most likely to be online. But then they undermine that savviness by ignoring the reporting data that would tell them how a particular post has performed. A lot of people are happy to have created new content, but that’s a tiny part of following a marketing strategy. Asda wouldn’t spend £100M per year on marketing without knowing what effect it has on profit figures, and you should avoid posting up ‘stuff’ simply because you think you have to.

Changing the style of posts might seem like a good idea, but audiences like to know what to expect and you could alienate some of your followers by constantly posting up a random mish-mash of content.

Consistent messages will contribute towards stability of audience engagement, but not if you provide only written material for your audience to consume. Photographs are more likely to be engaged with than text but video trumps photographs every time. This is because while a photograph can show a scene or object, a video can tell a story in just a few seconds.

Close analysis of your results over three months would begin to give direction to your campaign. Unfortunately there’s no quick fix and the science is in the percentages, but there are positive steps that can be taken.

Social media moves along and most people will forget what you were doing last week. Unless your business is completely reactive, investing in a scalable and easy to maintain website will enable you to direct social media traffic to specific content at any time. You’ll have to put effort into maintaining your site, but you’ll expend less effort on social media platforms.

Your site will have content that can be broadcast through more outlets which will increase your overall reach. Visitors will also be able to browse in a more organised way than scrolling endlessly through weeks or months of social media posts (nobody actually does that, in case you’re wondering).

Consider expanding your marketing activity to other platforms. Each has its own merits and quirks.

Facebook owns Instagram and the photo-sharing service is experiencing phenomenal active user growth (64% in Q3/4 2014) against its ‘parent’ (2% during the same period). Instagram also enjoys a much higher engagement rate than Twitter and this is simply because it’s easier to look at a photograph than it is to read a tweet. Reaching out to an Instagram audience with professional photographs promoting your business seems to be almost impossible without transferring them to your mobile or tablet. However, if you upload them to a free Dropbox account, download the Dropbox app to your phone then you can transfer images directly from Dropbox to Instagram.

Although photographs are about 1.5x more likely to be ‘engaged with’, the true engagement star is video which accounts for only 10.81% of new Instagram content but manages to attract 17.51% of all comments. The most popular form of engagement is a simple ‘like’, so one ninth of the content is receiving almost one fifth of written engagement.

Just because Twitter is less engaging than Instagram pictures doesn’t mean you can write it off as a platform to shout from. Twitter is less show and tell than it is conversational and you can communicate in real directly with an individual member of your audience. Anyone following them can view the conversation and may be attracted to also follow you, but care has to be taken to make a good impression all of the time. One slip could find you out of favour and the ripples of attraction can stop almost immediately. If in doubt take it off line and manage it via email or phone, we very often forget that on Social Media we can adapt how we converse.

Why? Because at the end of your video viewers will be offered a selection of similar content, some of which may be from your competitors. Although it means a dual upload to reach both YouTube and Facebook audiences, you can keep the metrics clean and monitor the performance of each channel independently.

LinkedIn is often overlooked as a social media platform, but it shouldn’t be. There are 238 million users worldwide, 13 million of whom are in the UK.

Far more than a site to park a CV and allow it to gather dust, LinkedIn is a networking site where people join groups, have discussions and make contacts. It also enables users to make recommendations or leave endorsements for people you’re connected with, boosting the receiver’s standing in the online community.

If you sell sofas then LinkedIn is probably not somewhere to spend your time, but if you design sofas there are opportunities to be mined once you become known. Becoming known starts with having a complete profile and continues with you investing some time making smart decisions about the types of connections that will benefit your business.

It will be, particularly in the early stages. However, you’ll become more knowledgeable by accessing the performance data of your output across all of the social media platforms we’ve just looked at. And as it will all be in one place you won’t have to spend hours working out your returns, you’ll very quickly learn what works and what doesn’t.

It won’t be long before you take far less time to make a good impression and your organic reach should improve in all directions.
Building organic reach takes some practice, consideration and a plan of activity. Duplicating core content across platforms is as good a way as any to reduce the amount of time you invest in social media output. But be sure to tailor the material to suit each platform – in the way that a TV advert and a magazine advert promoting the same company and product are tailored differently to suit the media.

Monitoring and analysing progress might be the bit that’s really off-putting, but as a Social Media Manager I know that there are tools to give me what I need to know in minutes. If I’ve learned one thing, it’s the value of fast data reporting by monitoring all of the multi-platform results in one place.