5 Ways Mega Brands Have Made Twitter Polls Work For Them

5 Ways Mega Brands Have Made Twitter Polls Work For Them

Lately the folks at Twitter have been busy rolling out updates to the platform. Online circles may be buzzing about the switch from ‘favorites’ to ‘likes’, but we’re most excited about the new native poll feature.

Available to all users at the end of last month, Twitter polls are a straightforward way to gauge public opinion. You pose a question and provide two options for answers. The poll then stays open for 24 hours, after which voting ends and the results are displayed. 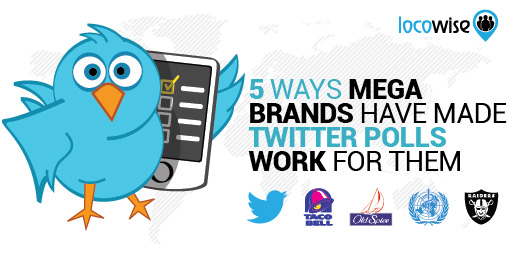 Voting is equally uncomplicated; users need only click the small circle next to one of the options, press ‘vote’, and voila! – their voice is heard. This is a welcome improvement from the retweet/favorite style polls that users were previously stuck with and we’re excited to see how the new feature takes off.

Polls present a new way for businesses to communicate with their audience and come with a host of possibilities for branding, market research and more. Let’s take a look at how these major brands have adopted polls and how you can apply them to your own Twitter strategy.

Not surprisingly, the Twitter team has taken it upon itself to demonstrate the potential of the poll feature. Using the @Support account, they asked users about their preference on the type of content they were posting, resulting in quick, actionable feedback.

This type of poll gives businesses a clear picture of what their fans are enjoying, allowing them to produce more of the good and less of the bad. Feedback polls can also be used for more than just informing content creation – if you’re confident in your product, why not ask the fans how they like it and let the results speak for themselves? 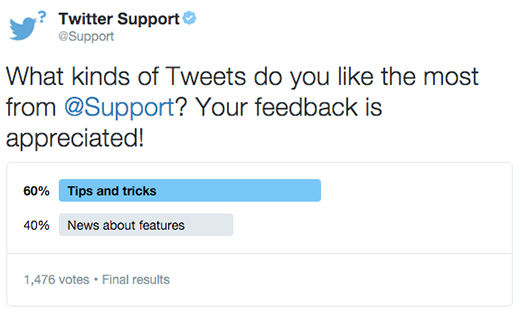 While Twitter asked its fans for feedback on existing content, the Oakland Raiders took the opportunity to gauge interest in future content. It’s genius. The football team used a poll to ask fans which player they would like to see in a behind-the-scenes training video and, after the vote came in, delivered on their promise.

This is a fantastic way to maximize engagement by allowing your audience to decide exactly what they want. The result? 993 engagements, coolly outperforming the monthly average of 442.

If Twitter decides to expand the poll feature beyond just two options, we may be seeing this approach used more and more to guide content decisions. 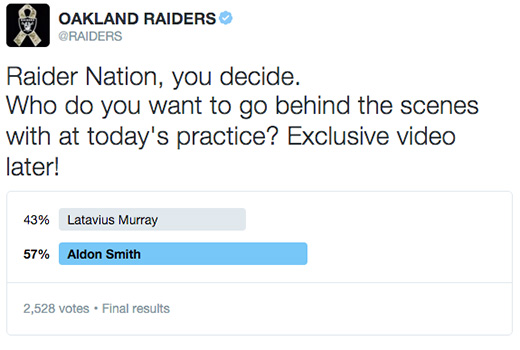 Fast food giant Taco Bell used the new poll feature to ask its fans a very simple question: soft tacos or hard tacos? This is a quick and easy way to do market research that any business can take advantage of.

Sure, Taco Bell could just have easily looked at its sales figures for soft and hard tacos, but the figure provided by the poll gives an extra insight into what its online consumers want. Suppose, for example, it wanted to post an ad on its Twitter page. In a situation like this, using a poll to do a little extra market research is a no-brainer.

WHO: Spreading a message

Okay, so the WHO isn’t strictly a brand but this use of the poll feature was too good not to include. As part of its campaign for World Antibiotic Awareness Week, it created a poll asking its followers whether antibiotics kill viruses or bacteria. Of course, this is a matter of fact, and the results of the poll showed that 17% of respondents did not understand what antibiotics actually do.

Rather than obtaining an opinion, the poll spread a powerful message that tied in perfectly to the theme of antibiotic awareness. It also contained a link to the WHO’s quiz on antibiotics, allowing people to further educate themselves on the matter.

This is a brilliant way for brands that promote environmental or humanitarian causes to show that they identify with these issues, while also spreading meaningful and engaging content. 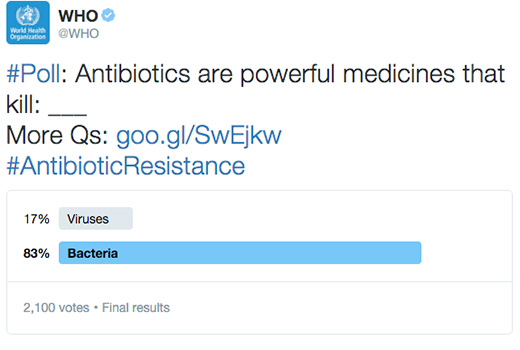 Old Spice and humor have long been inseparable. From their absurd and ubiquitous TV ads to their relentlessly witty tweets, the company has never shied away from an opportunity to make its audience laugh. In typical fashion, they used the poll feature to do just that.

At face value, the poll below is completely meaningless. It provides no information, reveals no opinions, and says nothing of Old Spice’s market. What the poll does do, however, is reinforce the company’s identity as a brand that isn’t afraid to get a little silly.

And it seems to have connected with fans. In fact, it received almost 10,000 votes and has the fourth highest engagement across Old Spice’s tweets over the past month.

Key Takeaways:
The new poll feature is loaded with possibilities for businesses. Take a page out of these brands’ playbooks and:

Polls can be a great way to improve your content. If you want to optimize your content even further, try an analytics tool. Locowise gives you all the data you need to figure out exactly what is keeping your audience engaged. Start your free 14-day trial now.