What Brands Can Learn From M&S On Social - Locowise Blog

What Brands Can Learn From M&S On Social

Ever since marketing began, companies have recognised the power of endorsement. From the famous print ads of the 1950s, where movie stars promoted everything from cars to cigarettes, to the modern phenomenon of Influencer marketing, having someone reasonably famous endorse your product will lead to more revenue.

The latest big brand that has tapped into this lucrative area is Marks & Spencer. This brand has gone through a number of different phases over the last few decades. At one point, while widely respected by the British public and media, it was still seen as a brand that was generally out of touch with the majority of the population. That changed in more recent times, and ‘M&S’ has seen a bit of a revival.

The biggest sea change happened when the brand began to produce Christmas TV advertisements that were slick, high-end, but also very popular. Part of this success was down to the brand utilising the services of some very famous names. Now, M&S has produced a campaign that uses more famous people, and also taps into the one product line that it has always been applauded for: food. 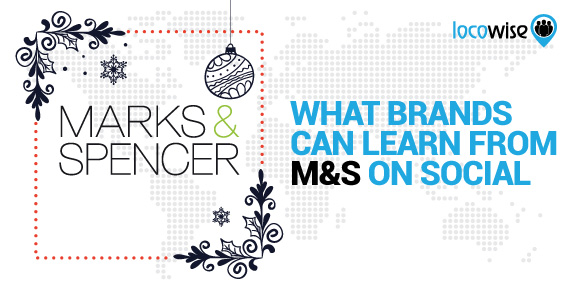 Basically, the campaign involves a group of celebrities talking about their favourite dishes. Naturally, these dishes will have been created using M&S ingredients, or be actual dishes that M&S created. In any case, the campaign is social-media based, and interestingly, it is planned to run the campaign over a year. This is a huge investment for two reasons. Firstly, the campaign will not be cheap. These things, especially with celebrity involvement, cost a lot of money.

Aside from the financial investment, M&S is also investing heavily in social media. It doesn’t take a genius to recognise that social media is where brands need to be these days. But for this brand to throw a ton of marketing money into social media is pretty unheard of. Yes, they’ve worked hard on social media before. But this is a celebrity campaign, and over a year.

The stars involved in the campaign include some big UK TV names including Amanda Holden, who has become super famous in the last ten years due to her involvement in shows such as Britain’s Got Talent. It has made her an instantly recognisable face, one which will set the campaign up well in the months ahead.

Then we have Emma Willis, a celebrity instantly known for her involvement in hosting Big Brother, still one of the most popular reality shows on TV. This makes her another sure-fire bet for audience engagement. Her sense of humour can be a little left-of-centre, but it still chimes in well with the demographic that M&S serves.

Rochelle Williams has enjoyed plenty of success with pop groups such as The Saturdays, and is a clear attempt to bring in a slightly younger audience than those which Amanda Holden and Emma Willis enjoy. And the quartet is finished by Paddy McGuinness. He’s a gameshow host who has presented high-end shows such as Take Me Out. All four celebrities are still ‘current’ in UK culture. And all four are well-liked by the vast majority of the TV-watching public.

The first episode of the campaign was aired on September 9th, and the channels it aired on say a lot about the demographic and the direction M&S want to go in. Instagram TV, YouTube and Facebook played the episode, which involved the four celebrities debating their favourite dishes from the flagship Italian range.

Going back to the social media thing. This is the first time M&S has produced a campaign that is dedicated to social and is promoting food. It’s kind of a gamble, because it relies upon a year-long attention span and engagement, but we think they’ve got the right formula.

Why It Will Work

The celebrities have huge reach on social media. Over nine million followers (combined) is the reach the campaign will have, and that is immediately a good thing. But M&S has taken that one step further by giving the stars videos and other content that they can share on their networks. In other words, it’s capitalising on a sharing culture.

Getting a hold of reach like that and making it a big thing on social media works. And we think it’s a very good move. As the year progresses, the brand will cross-promote in stores. But make no mistake, this is a fully dedicated launch on social, and they’ve got four hot celebs, and a huge reach. It’s Influencer marketing at it’s finest.

The brand is known for its food, and the combination of the stars, the reach and guaranteed engagement make this one of the best social-first campaigns we’ve seen in a long time.

Fancy creating campaigns informed by the best metrics you can get? We’ll give you a full week of Locowise, absolutely free. Just come and say hi and we’ll help make your campaigns successful.