In this installation of our Brand Leaderboard ranking reports for Asia Pacific, we’re heading down south and looking at the top ten pages for South Asia. We’ll start things off by looking at the region overall before delving deeper into the top pages for India and Pakistan.

We’ve decided to rank the pages by Audience size, so we’ll be looking at pages with some seriously massive followings. Let’s get started with the overall South Asia rankings…

Ranked by audience size, our South Asia Leaderboard top ten skewed in favor of entertainment pages, with Mr Bean at #1, Enrique Iglesias at #3, AKON at #4, and Tom and Jerry at #7. Technology/electronics pages also made an appearance, with Samsung Mobile and Intel both cracking the top ten. 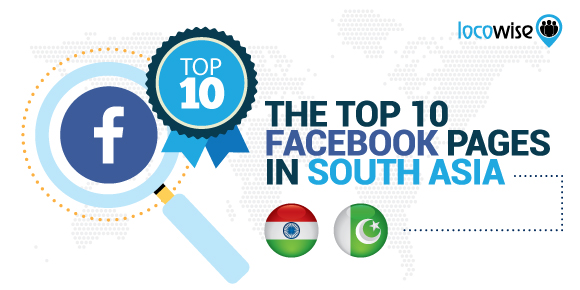 Note: Despite being global pages in some cases, these pages all have their greatest share of fans in South Asian countries. 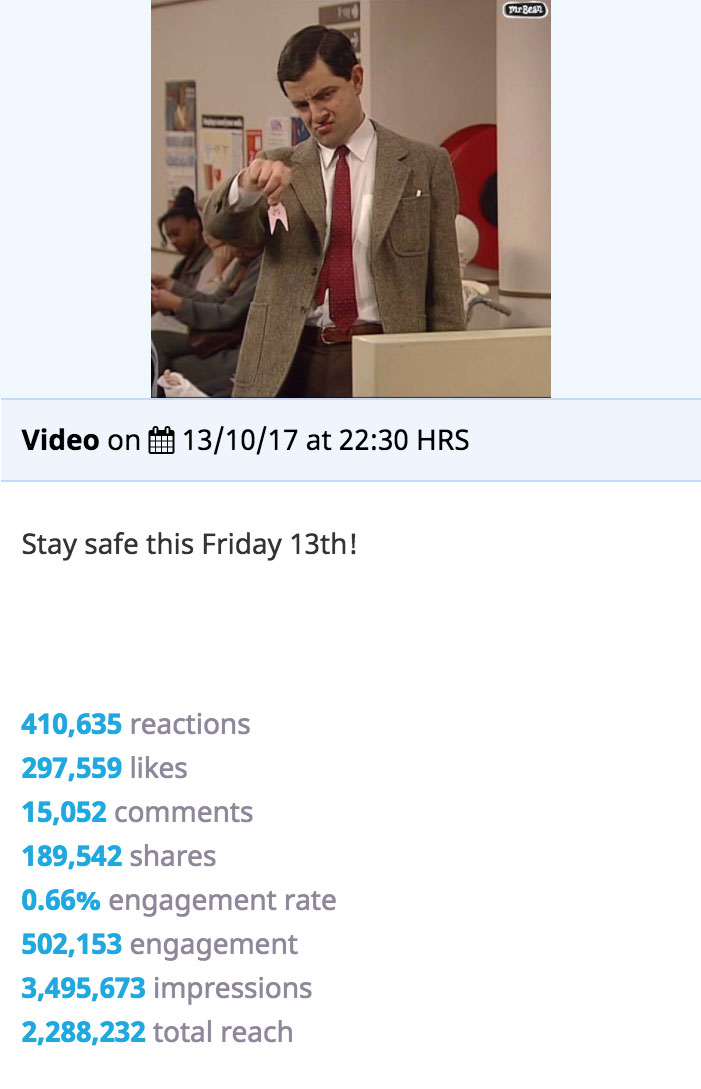 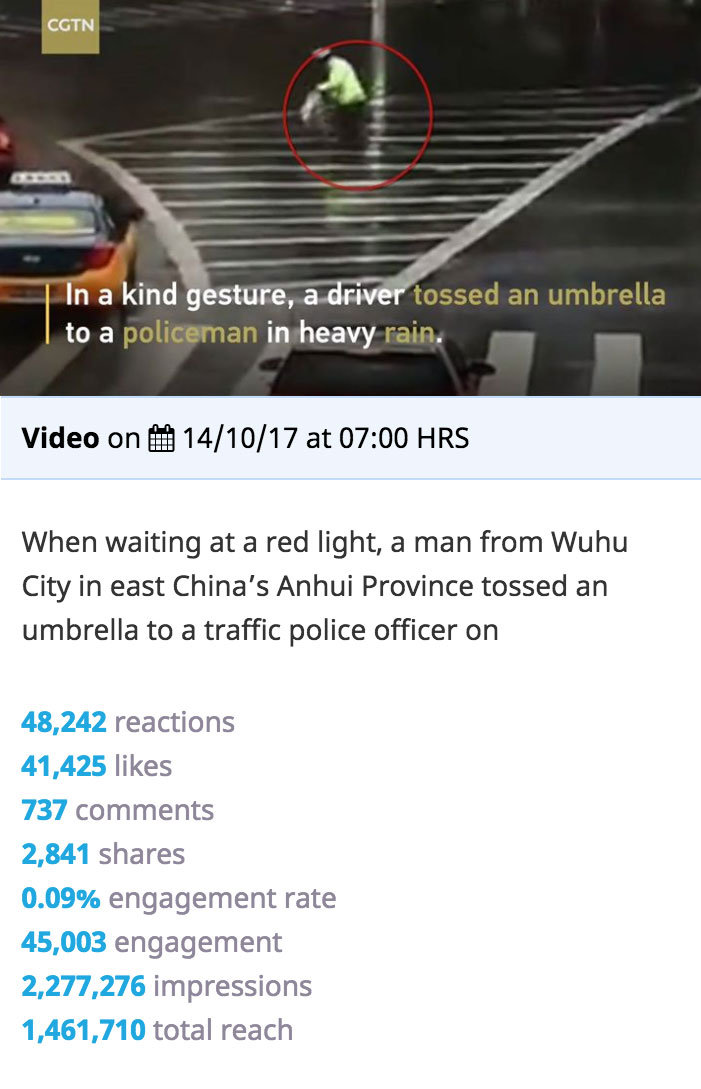 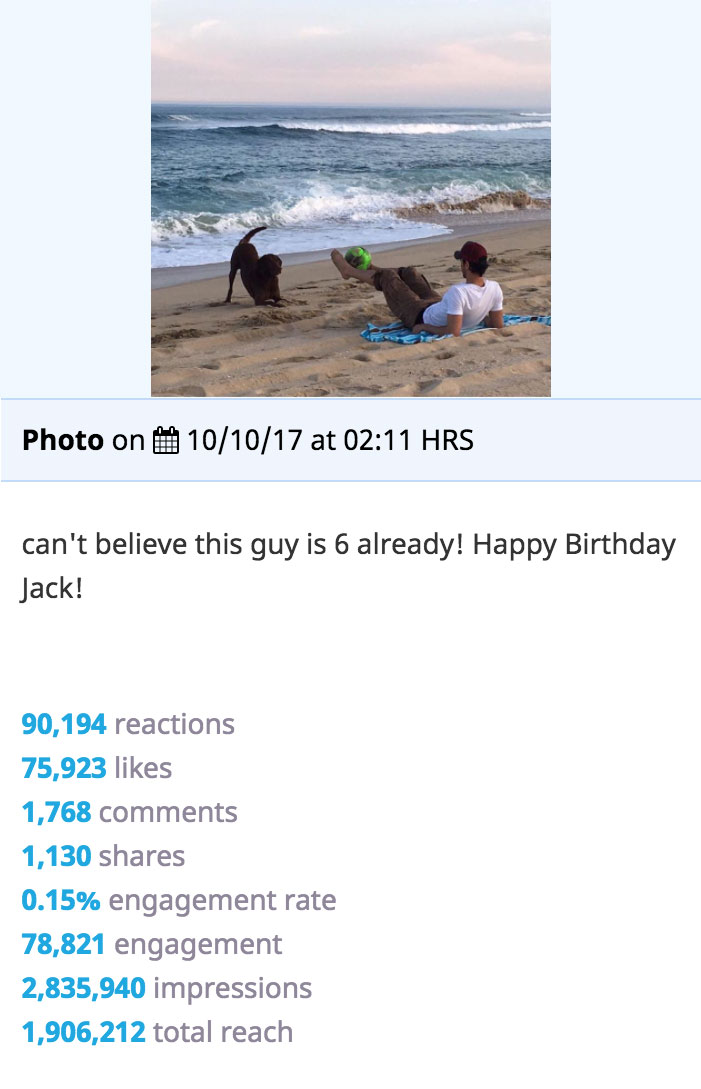 Video appears to be the only post format that this page uses. It makes sense to do so, as Mr Bean is so recognisable across the globe, you just need to see him in action. Mr Bean doesn’t even need dialogue!

The post uses a relatable clip from a past Mr Bean episode that depicts the universal meaning of ‘Friday the 13th’. The post prompted a total of 15,000 comments, reaching 502,153 for engagement.

China Global Television Network is a group of six international multi-language television channels owned and operated by China Central Television. Even though content is created from news in China, most of the Facebook page’s fans are based in India.

The post that generated the most interest was a post that portrayed the beauty of human kindness – a short video featuring CCTV footage of a driver that threw an umbrella in the direction of a traffic police officer standing in the rain.

It gained an engagement total of 45,003 – which included comments from all over the globe. It shows that kindness and real emotion is always the key to high engagement on social media.

Spanish singer Enrique Iglesias doesn’t just have a strong fan base in Latin America. It seems he has a huge following in India too! From meet and greets at airports to packed concerts, India adores Enrique.

When the page posted a photo featuring Enrique relaxing on the beach with his dog (who was also having a birthday), the reach was huge! Having triggered 1,768 comments (mostly sending birthday wishes to Jack, the dog!) this is another example of how normalisation or relatable content gets social talking.

The Pakistan top ten somewhat diverges from the overall South Asia rankings – the heavy skew towards entertainment pages is nowhere to be found. However, technology/electronics pages still do particularly well in Pakistan, with Intel and ASUS claiming the number one and two spots respectively. 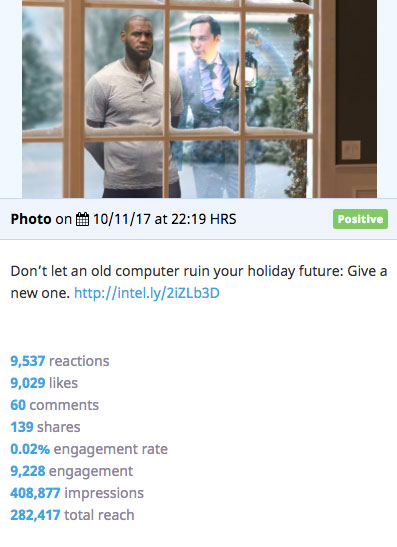 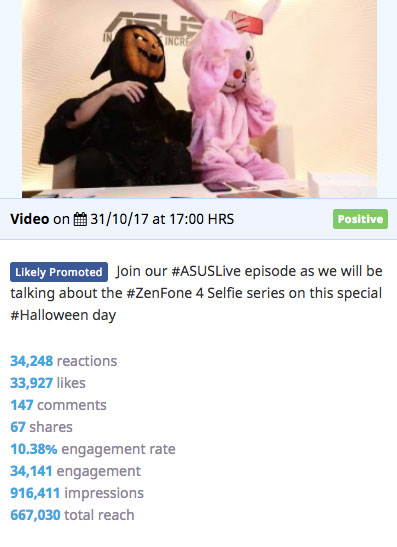 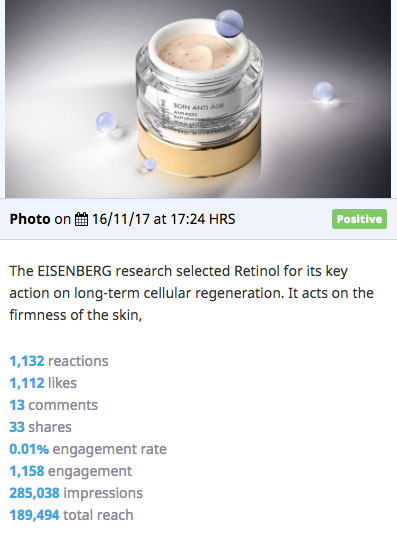 Intel’s top performing piece of content was an image post featuring Lebron James as part of a holiday season promotion. The post itself contains four images, which happen to be stills from an earlier piece of video content.

What’s interesting to note is that the photo post actually outperformed the video post by quite a significant margin (9,500 reactions versus 1,500 reactions). This isn’t the outcome we would normally expect, but it goes to show that employing a mix of post formats in your Facebook strategy can pay dividends.

ASUS have gone down the Facebook Live route and yielded some impressive results, with their #ASUSLive video series accounting for their top two most engaging posts. Paid appears to be a core part of their strategy – our Promoted Post Detection detected paid activity for nine out of ten of their most engaging posts, and both of the live videos were among these.

The post with the most engagements was a Halloween themed live video promoting their new ZenFone, and it received a whopping 34,000 engagements.

Skincare brand Eisenberg rounded out the top three for Pakistan. Compared to the other pages in our top ten, the Eisenberg page had a markedly lower rate of content output, publishing just five posts in the past 28 days.

Of these, the post with the most engagements was a piece of photo content showing off one of the brand’s new products, along with a brief description of how it works, which pulled in over 1,100 engagements.

The Leaderboards for South Asia give us some interesting insight into the categories that rule social media in the region. We saw entertainment and electronics pages perform ahead of the pack, ranking among the top three spots for India and Pakistan, while news pages also commanded a healthy share of the audience.

See where your own brand ranks by trying out the Leaderboard for yourself. For those who would like to dive deeper into their engagement numbers, including in-depth metrics for each piece of content, sign up for a free trial of Locowise today.