The Performance Of Top Cigarette Brands On Facebook - Locowise Blog

Despite the continuous efforts of non-profit organizations and governmental bodies to inform the populous of the related health hazards, the tobacco industry is thriving. In fact, in 2012 it was estimated that worldwide revenue of the cigarette industry tops the combined annual profits of Coca-Cola, McDonald’s and Microsoft. And things haven’t changed much in recent years, with the profits of the tobacco industry soaring in the last five years.

Whether you are a smoker or a non-smoker, chances are you’ve come across multiple cigarette brands throughout your life, at least in terms of advertising. Yet, while we see TV ads, billboards and print ads about cigarettes, the social media presence of these brands seems rather inferior to other industry. Could that be because of a fear of a backlash against them? Well, not exactly. 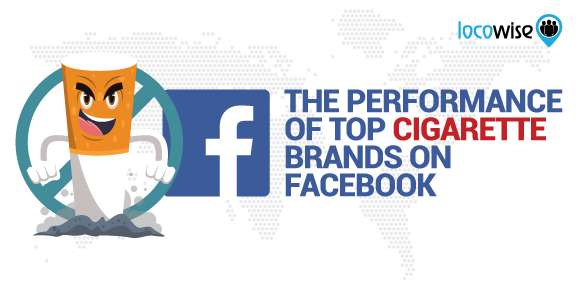 There are multiple advertising policies on Facebook, which prohibit certain controversial content. This includes the promotion of tobacco products. In fact, while personally you are able to share a photo where you are smoking, the social networking giant does not allow advertisers to show any content related to cigarettes. This includes the promotion of hookahs and even e-cigarettes.

Getting Around the Ban?

Of course, the biggest companies in the world don’t necessarily want to go against Facebook’s policies. However, much like everyone else, they do enjoy being represented on social media and taking advantage of what social media provides you with.

The way they do it? Simply by employing a social media marketing strategy that is based not on the specific cigarettes brands, but the manufacturing brands and companies themselves. With that in mind, let’s take a look at the top cigarette brands on Facebook and their social media performance. Without further adieu, let’s get started. 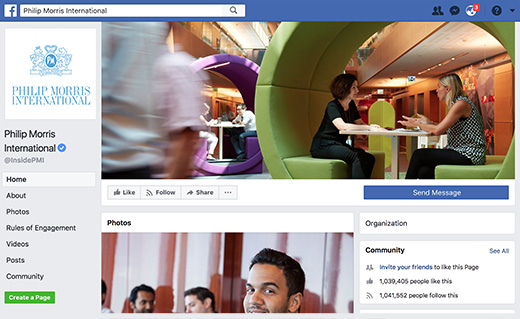 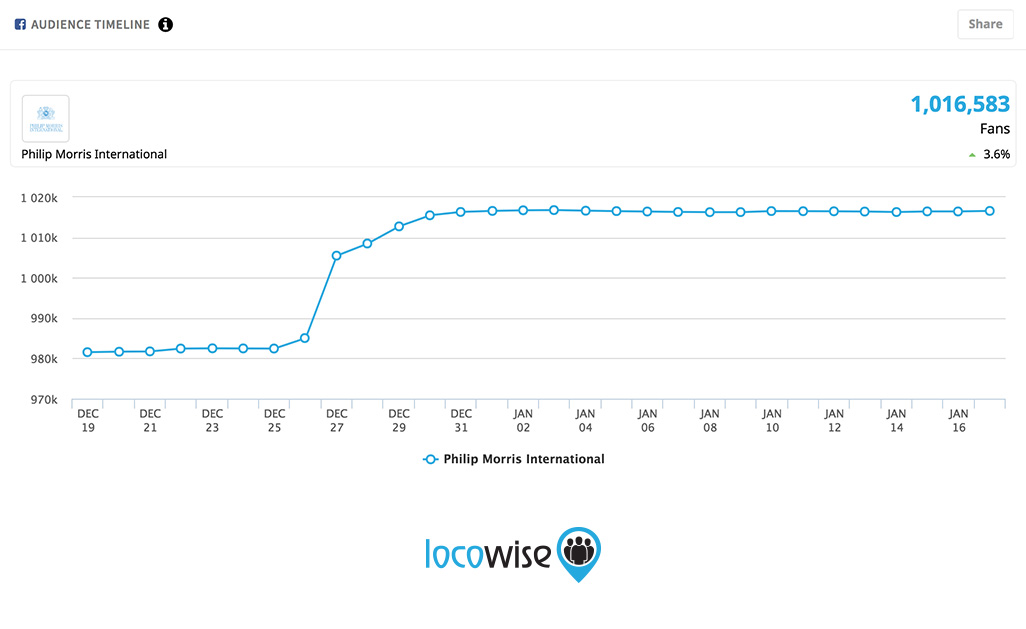 Philip Morris international is one of the biggest companies in the world. The tobacco industry giant holds brands such as Marlboro, Chesterfield, Lark, Muratti, Virginia Slims and many more. With billions of turnover every year and recognized all around the world, it’s no wonder that Philip Morris is also on Facebook.

However, instead of talking about their product, on social media the tobacco manufacturer focuses on the smiling faces of its employees. Trying to tie itself with positive merits, PM shares information about the success of its employment in different countries and focuses on company moves such as new factories, expansion and much more.

Of course, from time to time, you’d also be able to see a rather obscure post, such as projections for their alternative tobacco products. The post reads that there “is no substitute for quitting,” yet due to the seemingly positive outlook of the company, i.e. it’s trying to find healthier products, there is no negative response. 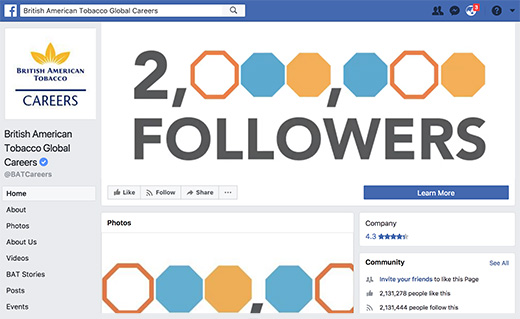 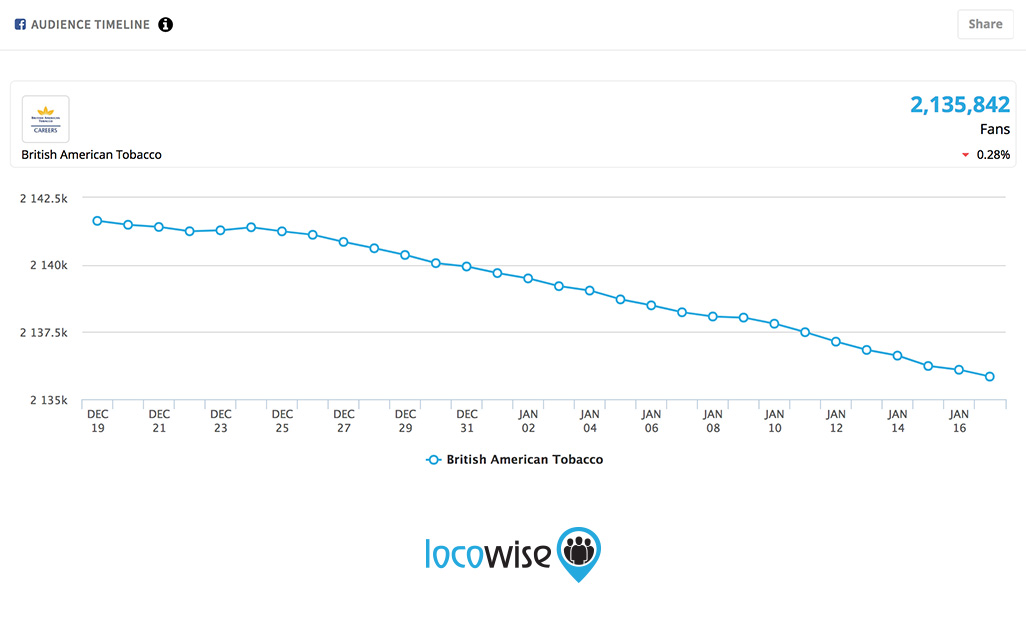 British American Tobacco is another well-recognized name in the cigarette manufacturing business. They hold brands such as Lucky Strike, Dunhill, Kent, Vogue, Pall Mall and many more. And much like it’s bigger competitor Phillip Morris, BAT have their own Facebook page with the focus on employment. In fact, the page with over 2 million likes, is titled “global careers” and unlike Philip Morris, British American Tobacco strays away from any mention of its business or its global impact.

Instead, BAT focuses only on positive and motivational videos and posts, such as their New Year wishes one from BAT Turkey earlier in December, 2017. In fact, if we weren’t aware that this is a tobacco company, looking solely on its social media efforts, we would believe that BAT is some sort of non-profit organization.

Comparison Between the Two 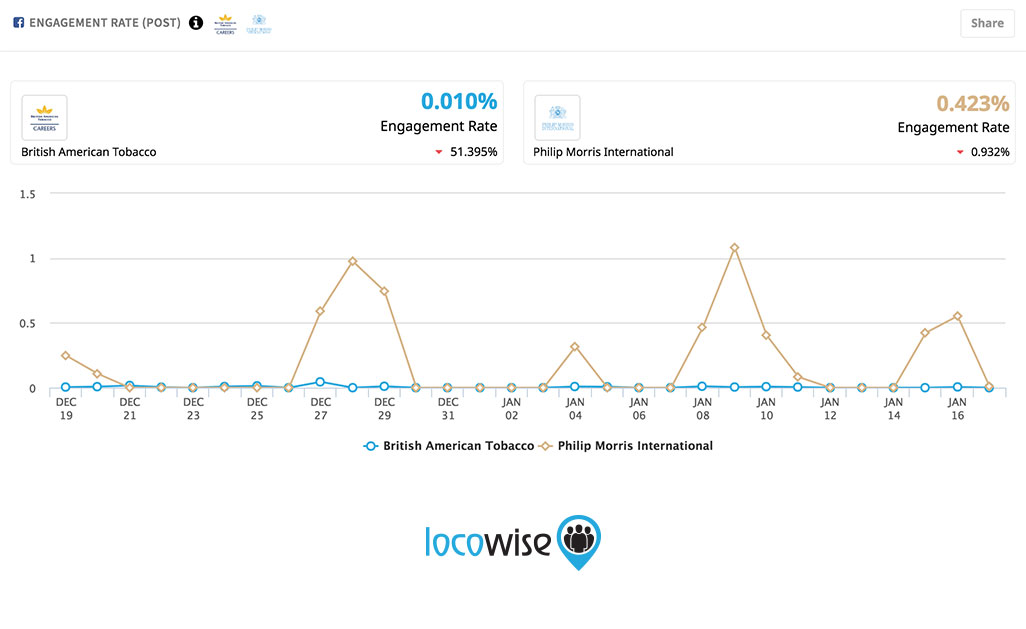 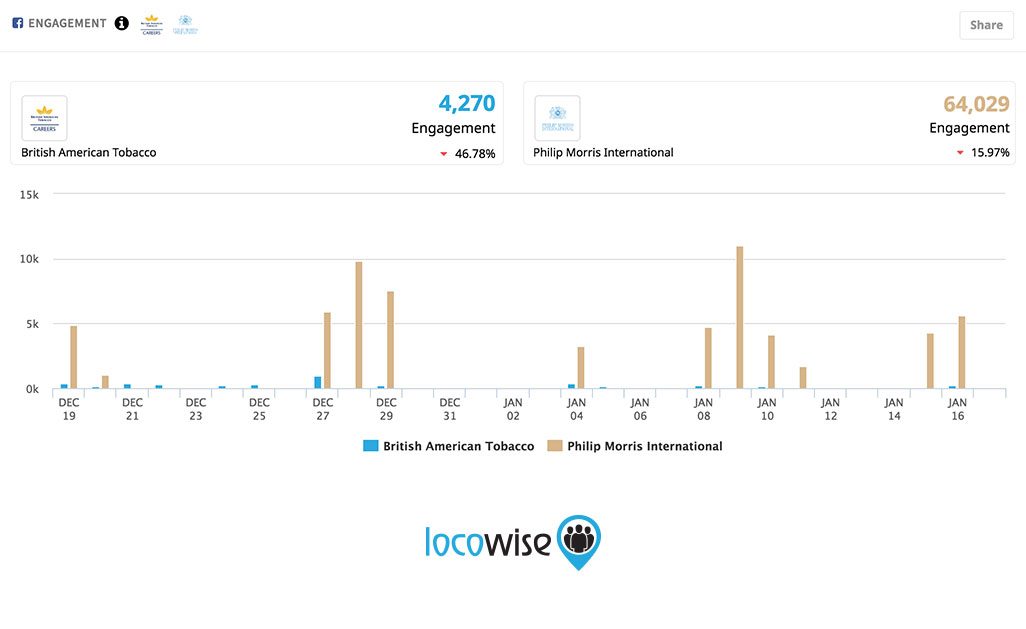 But of course, we are here to talk about social media performance. So how do those two cigarette industry giants perform on Facebook? Well, not that great. Despite their huge audiences, both companies struggle to retain any attention in terms of engagement.

In fact, with over 3 million of total audience, the two companies combined have managed to achieve a total engagement of only slightly above 61,000. Of course, this comes as no surprise.

Even though slight speculation, chances are a percentage of the likes on both pages come from cigarette smokers who are not exactly interested in the employment of both companies. What’s surprising is that even though BAT has the bigger audience, they have managed to achieve an engagement of only 4,000 in the previous month, resulting in an abysmal ER of only 0.01%.

On the other hand the performance of PM is somewhat good compared to some other industry with an ER of 0.4%. Could this be, because PM actually tries to address that they are making efforts in making less harmful tobacco products?

One of the more interesting pieces of social media analytics comes from the demographics of its audiences. While with most industries you will see a generally average distribution of audience sizes all around the globe, the audiences of both tobacco industry giants come from less developed countries. This does seem to be directly related to the smokers distribution around the world as this interactive map from the World Health Organization shows us. What this goes to show is that even two accounts within a specific industry can paint a bigger picture of what is happening within a market on a worldwide scale.

The Difference in the Employed Social Media Strategy

Both British American Tobacco and Philip Morris have similar social media strategies on Facebook. Rather than focusing on the industry, they focus on the employment and the people. While humanizing a brand usually serves wonders for social media, the humanization serving as your sole content benefactor is not the right way forward. This can directly be noted by the difference between BAT and PM.

British American Tobacco have a direct employment-centric social media strategy. They focus on the careers and the people who work in the industry around the world. At the same time, most of the posts on Facebook presented by Philip Morris also feature their employees around the world.

However, PM also shares industry insights and news about the company, such as expansion. Awards for employment can also be seen often on the PM page. And last, but not least, PM might be scared to directly mention the words “tobacco” or “cigarettes,” but they do try and discuss the topic when they can.

This difference is directly reflected in the social media performance of both companies. While BAT has the bigger audience they have little to no engagement on their posts, while PM has a rather notable uptake in ER and delivers somewhat stable engagement numbers throughout. 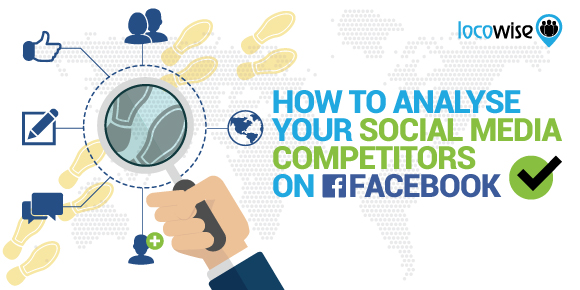 Our take from this is that no matter how hard you try to avoid a controversial subject on social media, if you don’t address it at least in some way, shape or form, it won’t do you justice. Even if you tackle the matter from a different perspective, and no matter your industry, if you are able to brand your social media page properly, you might be able to create a marketing message of positivity. Whether that’s a good or a bad thing, you decide.

Will Lack of Social Media Presence Affect the Cigarette Industry?

One of the most interesting thoughts to come from the data presented by both tobacco industry giants is the prevailing role of social media in our society. People often joke that you should “not anger the internet,” but the truth is that social media connects us in more ways than simply as a means for communication. It allows us to present our best selves, what we are proud of and the brands that make us who we are.

And while it’s too early in a societal sense to see the affects certain content bans, such as the cigarettes one on Facebook, will have on the overall industry, it’s worth noting that there is a direct correlation between the market data on Facebook and real life data.

The Opinion of Society as Painted Through Social Media Analytics

It’s also quite interesting to note that despite the bigger revenue streams of cigarettes compared to other products, social media paints a different picture. It seems as if people are not that keen on attaching themselves to cigarette brands, and that’s quite obvious.

Part of what makes a social media campaign work is people’s tendency to represent their interests via brands in specific industry. And it’s just no wonder that cigarettes are not something people are willing to boast about.

Be sure to check Locowise and sign-up for a 7-day free trial if you are interested in checking out the analytics of brands in your industry, compare them to your performance and do that much more! You can learn more about all the social media analytics features of Locowise right here!