In 2017, Instagram saw a notable increase in popularity among digital marketers. Due to the high engagement numbers and after Zuckerberg’s statement that he wants to make Facebook a more personal platform, in the beginning of 2018 Instagram is becoming an even more lucrative option.

What’s more, with the integration of both social media conglomerates, it comes as no surprise to anyone that social media campaigns on the visual sharing network are on the rise. 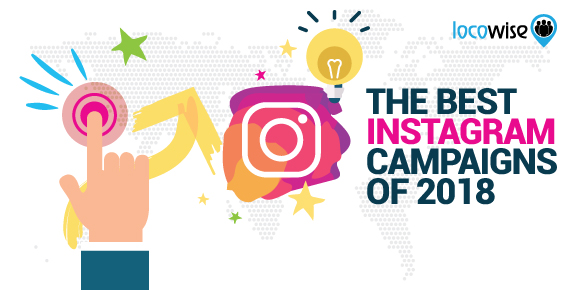 This year, we continue our mission to inspire marketers to think outside of the social media box. The posts we have chosen are not full-fledged marketing campaigns, but instead are moves on Instagram that show the power of the social media platform. In addition, we aimed to exemplify the different ways even a single post can be used to further your marketing agenda and message.

With that in mind, here are some of the best Instagram marketing campaigns of 2018 so far. Without further adieu, let’s get started.

The boring company is a project by the one and only Elon Musk. After the success he has had with Tesla and SpaceX, the famous entrepreneur continued to wow the world with his crazy innovative ideas that just might work.

Set to change the way we commute, Musk first announced Boring via a video on social media, which media publications first thought was a clever joke.

Yet, it turned out that it wasn’t. Later in 2017, Musk also started selling hats featuring the logo and name of the company via an Instagram announcement.

The post jokingly stated that “a flamethrower is coming next,” yet in January 2018 audiences were still surprised to find out that this, much like the company, also isn’t a joke.

Transforming the way the news gets reported and constantly irritating journalists via Twitter posts, Musk is quite ahead in the social media marketing game. While not an exact Instagram marketing campaign and more of an announcement video than anything else, the boring company flamethrower videos Elon Musk posted on his very own Instagram account are still worth mentioning on this list.

Quickly going viral, the videos are nothing out of the ordinary. One of them features two alleged employees using the flamethrower in front of the company logo, while the other features Musk playing around with the cameraman by running towards him with the flamethrower in hand. The caption itself reads:

“Don’t do this. Also, I want to be clear that a flamethrower is a super terrible idea. Definitely don’t buy one. Unless you like fun.”

It’s not as if we don’t already know how out-of-this-world smart Musk is, so we are not going to start dissecting this campaign explaining why it was both the right move for the Boring company and an amazing way to boost the brand’s reach and new crowdfunding-style product at offer. Yet, we do hope that it inspires you to think a bit outside of the box when considering the next Instagram marketing campaign for your clients.

The clothing manufacturer Madewell 1937 is one of the most popular brands on Instagram for a reason. Their overall social media marketing campaign seems to be always on point. On the visual sharing platform, they often indulge in creative posts and photos showcasing their products in exciting ways.

The first of the three features a cat, a model holding a cat and the cat licking itself. It is short, the message on the screen is seamless and who doesn’t love cats online. The second video focuses on feet, while the third is all about dancing. Yet, all three present the denim line of jeans by Madewell and the videos have the same visual consistency and presentation.

As great as this marketing campaign is and as beautiful as those videos are, we decided to rather focus on a single post by the company related to Valentine’s day. The video itself is short and sweet featuring a creative Valentine’s day card and a few stop-motion heart candies.

The reason why we love the simplicity in this marketing post is that via it, Madewell promoted a bigger campaign for the February holiday. It engaged people not only with the message itself, but also through the “link in bio” way of promoting content outside of Instagram. It called people to check out the Madewell blog and it didn’t promote jeans or other clothing, but instead leaned the audience in with creative Valentine’s day cards.

With this, we do like to note, that the simplicity in marketing and leaning people in by offering additional value is definitely the right way forward with digital marketing.

Nike is another brand that you shouldn’t be surprised to see on this list. One of the most popular brands on Instagram, they don’t fail to deliver extremely creative and unique posts every single time. At the beginning of 2018, the company continued to feature different sports related content and some nice product shots, as expected. Yet, there were two posts for Nike React and two videos for Nike Air that ultimately stood out from the rest.

The first post related to the Nike React campaign was a creative shot made to entice audiences about the upcoming new product.

“The inspiration for a running innovation that feels like this (without actually looking like this). Coming Feb. 22.”

Tagged with simplicity and announcing the date of launch set for February 22, 2018, the photo features the leg of a mannequin on top of multiple cushion surfaces and springs banded together creating the illusion of a shoe. Without saying much and not indulging in “product specifications” the post exemplifies that the new product will be in a sense as comfortable as the contraption featured in the photo.

A few days later, to continue the promotion of the product, Nike released a video featuring the shoes in question. “Nike React” attracted a lot of views on Instagram and the video itself is just as creative as the post. It features the shoe with different soles made up of cushion-like and springy materials. It is inspiring to see so much told with so little and definitely a thoughtful way to promote a new product.

The Nike Air campaign that Nike promoted on social media was just as powerful. The second video of the promotion shared with the hashtag #airmovesyou is an amazing piece of marketing material. The video features a wide range of different athletes, taking a breath as preparing to do something great. The creativity is obvious with the exhales of air promoting Nike Air. The post has attracted 1.6million views at the time of writing.

The video we decided to feature as the best of the bunch features the infamous Nike shoe designer Tinker Hatfield drawing a promotional poster for Nike with pencils. The reason why we love this video so much is that it perfectly encapsulates how social media marketing differs from traditional marketing.

While the second video of the Nike Air campaign was ultimately more engaging, it is far more traditional and resembles an advertisement you could see in other medium including TV. Yet, this short video of Hatfield is simple, yet complex in its way it utilizes Instagram video.

First, it is short and fast-paced. Second, it features a creator doing his art, a trend, which is extremely popular on social media. And last, but not least, it advertises the product via inspirational message without “in-your-face” promotion methods. The perfect combination of what makes social media marketing content unique!

Are you inspired to get out of your marketing box and think more social media first? We hope you did. And while you are here, make sure to sign-up for a free 7-day trial of Locowise to get all the social media performance analytics and data you need!