How These Popular Brands Use Images To Boost Their Twitter Engagement

The Emoji Movie is coming out in a few short months and while the initial response to the trailers has been overwhelmingly negative, the feature animation stands to show one thing. Social Media is changing the way we communicate and consume media.

At first, the statement might seem rather unconventional, but a simple scroll on Twitter reveals a similar picture. News articles have clickbait-y titles, while large brands are adopting the online lingo. This is due to a response towards people’s increased demand of emotion over substance.

Of course, the demand might be different depending on the audience of a certain brand. The same is true for specific industries or fields from which people expect to receive a notion of factual information. Yet, even then you’d be able to see that information expressed through visual means, such as infographics, receives far more engagement that its text-based counterpart. 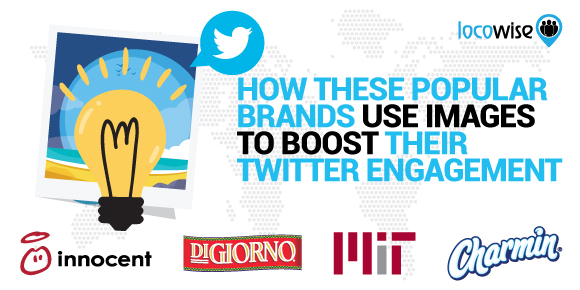 In fact, as much as we love statistics, boiled down through Occam’s razor, the notion of imagery being more engaging is nothing short of intuitive. Vision is one of our primary senses and a primary way we use to engage with the world around us. As you are probably already aware the idea of the psychology of color in marketing is not something new.

Even so, we still have to transition this idea into our social media strategy properly. Just as you can’t put the color orange on a logo and hope that people will feel cheerful and put trust towards your brand, you can’t expect that attaching a photo on each and every one of your tweets will increase your Twitter engagement.

Choosing The Right Photo Based on How People Use Twitter

One of the first questions a social marketer should ask themselves when posting a photo on a social network is how do people use that network. Having a habit of considering the overarching symphony that makes up general social media engagement each time you post an update will vastly increase the quality of the post. Chances are, it will also increase the engagement and reach.

Having Twitter in mind, we can safely assume the generic way a person would spend their time on the platform. Bombarded with brief little insights from their network of hundreds of followed accounts, a person would often scroll down reading a few tweets, check their lists and go through the most popular hashtags.

If a person is already interested in your brand, chances are they will already be interested in what you have to say. Yet, to attract a new audience, your best bet is to engage your current audience to get retweeted and to take advantage of the current trending hashtags.

When doing so, photos tend to be the best choice. This is also backed up by the hard stats. In fact, according to Twitter, photos receive 35% more retweets. The number is even higher than the 28% boost for videos shared over on Twitter. 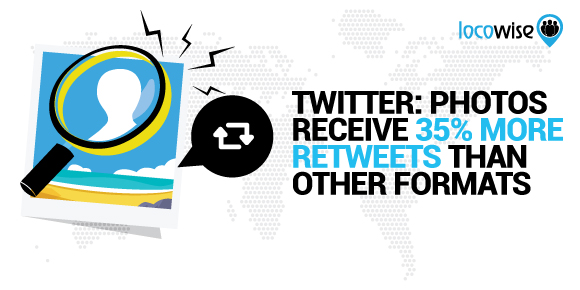 However, you should choose your photos carefully. The main ways photos are used include unrelated imagery, clever use of humor, to send an emotional message, to present a new product/service and to emphasise on a tweet. To present a new product or service via a Twitter photo is relatively straightforward and most brands do it. Yet, let’s go through how to use each of the remaining four tactics in your own social strategy.

Outreach via Unrelated Imagery may be a Blessing in Disguise

One of the most interesting tactics brands use to boost their engagement on Twitter is outreach via unrelated imagery. This might include everything from sharing a photo of a cute animal to posting an inspirational photo or a meme that has little to do with your brand.

Innocent Drinks is one of the best examples of how posting such images might be a blessing in disguise. In fact, the healthy juice brand has managed to start one of the most popular hashtags during this year’s UK elections.

Back in 2015, Innocent Drinks shared a photo of a few dogs at a polling station with the clever hashtag #DogsAtPollingStations. Despite not receiving that much attention at the time, two years later, the hashtag became one of the top trending ones during the 2017 UK General Elections.

Of course, this isn’t the only time the brand implemented this strategy over on Twitter. In fact, you’d be quite surprised how often Innocent Drinks posts unrelated imagery on their social media.

In fact, some of their best performing tweets from May 2017 are completely unrelated to the core message of the brand. Tweeted during the run of Eurovision, these humorous photos managed to earn 72% more retweets than the Innocent posts received during the past two months on average.

The Eurovision photo posts also accounted for seven out of the twelve most popular and engaging tweets of Innocent during the last two months.

To properly implement this tactic into your own strategy, make sure to plan it out accordingly. You don’t want every single one of your tweets to be unrelated. Post one such image only every once in awhile.

Also, make sure that it also contains clever text to go alongside it. Don’t forget that the image itself also has to be shareable enough, i.e. unrelated humor, a nature photo or something else in that category.

Australia on stage at #Eurovision. In case you were wondering, here's how the European map looks now. pic.twitter.com/lbA7MOQSJH

Humor doesn’t always have to be unrelated. A great photo can both use humor as an engagement tactic and relate to your core marketing message.

The Twitter account of DiGiorno Pizza is a great example of how this can be done. While most of their tweets are hit and miss, when emphasising on humor, the brand is right on point.

This example from 2016 is one of the best pizza jokes we’ve seen on a corporate account. Of course, humor is relatively subjective, but it is also one of the core reasons people go to Twitter.

The above tweets might not be worthy of a stand-up set, but they certainly are quite good for the social media platform that is Twitter.

When posting humoristic photos on Twitter, consider using creative one-liners or unexpected imagery. Don’t forget that your joke has to be creative and relatable.

Sending an Emotional Message via a Photo

To use this strategy, you must be certain that the photo sends the proper emotional message and that it does at the right time. This tactic often requires a certain artistic sense to be implemented properly.

Often the engagement that comes with the emotional message is due to the message itself. Besides, the photo does boost engagement to a degree.

Take this photo from MIT for example. It is emotionally engaging and relatable to the core audience (i.e. college students at MIT). Without the picture itself, the message would have been strong enough, but the photo makes it truly stand out.

Another example is again among the most retweeted photos of 2016. The photo was posted by Marshawn Lynch, announcing his retirement from American football. Even though the tweet itself was popular due to the retirement of the star itself, the artistic expression filled with emotion that comes up with the photo is undeniable.

Advice on how to put in place an emotional photo in your Twitter social media strategy can rarely be exact or on point. Simply make sure that your tweeted photo manages to have an emotional impact for the right reasons and that it is sent at the right time and for the right artistic and marketing reasons.

You're almost done and you're doing great #finalsweek #YouGotThis pic.twitter.com/yX2ABDUz5M

Emphasising on a Tweet via a Photo to Increase Engagement

The next way we often see brands use photos is to emphasise on a certain tweet.

Great example of this is the photo former U.S. Vice President Joe Biden tweeted on the 55th birthday of former U.S. President Barack Obama. It became one of the top retweeted tweets of 2016.

Charmin also goes to show how emphasis on a tweet via a photo can increase engagement. Despite, not receiving that much engagement overall on their Twitter account, the company does receive a slight boost in engagement each time they share a photo with their mascot to emphasise on a tweet.

In fact, out of their six recent most popular and retweeted tweets of all time, three of them are photos.

Happy 55th, Barack! A brother to me, a best friend forever. pic.twitter.com/uNsxouTKOO

Make sure your bathroom is an oasis of clean! Download your #Coupons today. https://t.co/A3Elw2ERfC pic.twitter.com/yxHsPho2PA

You can use a wide variety of photos and pictures to put an emphasis on a Tweet. Make sure that your photo is a quality one and that it relates to the tweet you are sending. Also, make sure that the picture itself puts out the same core message as your tweet.

A good photo will also be obscure enough so that people will want to read the text that comes along with it in your tweet.

Don’t forget to use data to your advantage. With Locowise, you are able to receive insights into the strategies your Twitter competitors use by gaining valuable stats on how their tweets perform, while also being able to keep track of all of your social media accounts all in one spot. Make sure to sign up for a free 7-day trial today!