Glossier And The Value Of Knowing Your Audience - Locowise Blog

Glossier And The Value Of Knowing Your Audience

For any agency that works on a client’s social media presence, it’s always great to have examples of how a brand can use a platform to truly dominate. Glossier hasn’t yet dominated the web, but the work that went into getting to where it is right now is nothing short of inspirational.

A textbook example of a brand working together with its audience, it shows retail and lifestyle brands how to work social media in the best possible way. And for a large stretch of its growth online, it didn’t involve a huge budget. 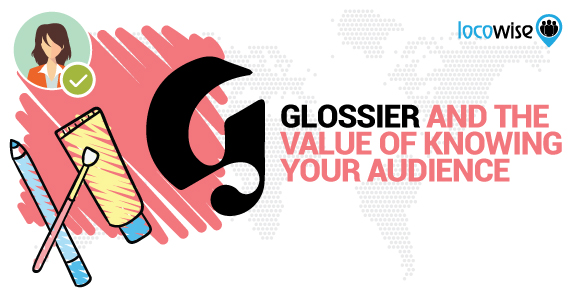 Right at the start of the Glossier story is Emily Weiss. She was a fashion assistant at Vogue. She’d work at Vogue during the day and then work on her website at other times. Sleep may not have been a priority.

Into the Gloss was the website she had created and it soon became popular. It became so popular that it ended up attracting the attention of advertisers. These guys paid her money and she soon found herself with no need for a job at Vogue.

At this point in the story, let’s not forget that Weiss had no one else with her. There was no team. She had a passion for her subject and this is why the growth was so quick.

But this is no ‘get rich quick’ internet marketing fable. The real work she did involved social media, and her aptitude in using social platforms is why we are looking at her right now. Into the Gloss soon became a place online where her audience could share ideas, put forward recommendations, and generally feel like they were part of a movement.

Between 2010 and 2014, where Weiss had Into The Glos s and no actual ‘product’, she was simply undertaking an extended social listening period. By learning what beauty fans like her wanted and why they couldn’t have it, the frustrations and the needs, she was able to carefully research the market.

Her audience for Into The Gloss has often been described as ‘hyper engaged’. And this is actually quite a fair description. The relationship during those few years helped to build a business. But the engagement was more than just strong or consistent. Weiss was effectively building a tribe who were engaged in her content, to the point where they would listen to what she had to say about the industry.

And then she launched Glossier.

This audience were ‘hyper engaged’ and focused on talking to each other. Most importantly, they liked talking to Wiss. They trusted her, and they looked to her for help. And like the traditional ‘problem solving’ model for marketers (solve the customer’s problems with your product) the audience were just waiting for Weiss to launch Glossier. It’s perhaps one of the best examples we have seen of a brand knowing the audience profile.

Back in 2015, Weiss canvassed her tribe, via social media, as a direct attempt to inform the products she was creating. She was putting together a new face wash and used social to ask her audience what the ‘dream’ product would be in this area. The result was a product that was informed pretty much entirely by the audience.

This made it a product that would sell. It’s basically, for Weiss, a way to ensure she creates what her audience wants. She couldn’t be more in touch with the customer. And being in touch with your customer is the hallmark of a high quality brand that is trusted.

Glossier currently has over 35,000 followers on Twitter. And you can bet that audience is engaged and completely tuned in to what Weiss started off with. And as to be expected on Instagram with such a visual product line, there are well over half a million followers.

The best-performing post on Instagram as regards engagement during the period 29/4/17 – 21/5/17 has an engagement rate of nearly 9% (not shabby in the least) and the audience is so engaged on the platform the post had absolutely nothing to do with cosmetics. It was a video. Of a deer prancing about.

This shows that the engagement of the audience is so high it generally likes anything that comes out of Glossier social media work.

There are many ways in which you can tap into audience power. Feedback is vital to any brand, but using it intelligently like Weiss did, that takes a little more focus.

One of the easiest and quickest ways to bring in some audience feedback (and engagement) is to run a survey or poll. These are easy to set up on your social media channels, and they can be supported by a hashtag so that you don’t have to spend a ton of time creating pages or articles around the poll.

Even a simple hashtag like #survey allows you to get into your audience’s feeds quickly. Offer a prize for taking part perhaps, or just allow people to feel great and valued by including their responses in the end product.

You can use this like Weiss did, to create a new product off the back of audience needs. Or you could use it just as a way to discover what your audience wants to see on your social platforms. Either way, it gets you connected and able to deliver what the audience wants.

And if we were to truly make our feedback process cutting edge stuff, we would use segmentation tools on platforms like Facebook and Twitter to find the right people and the right answers. A segmented ‘Ask Me Anything’ leads to sharp answers that can directly inform the work you do and the products you create. 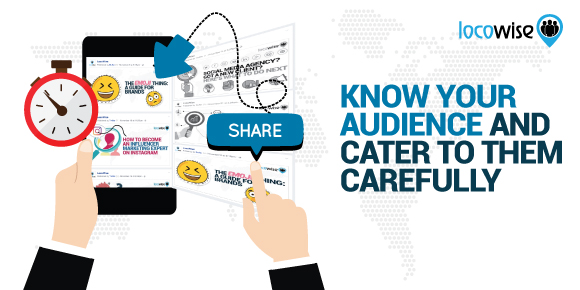 What next for Glossier?

The brand only currently ships to the US and Puerto Rico, so it’s not world domination time yet. However, we can’t see them waiting too long.