All Is Revealed: Global Digital Review 2019

For the second year in a row, we’re proud to have partnered up with some key industry voices in the Digital 2019 Reports.

The report has gathered a wealth of information featuring incredibly useful data about digital habits worldwide.

For now, we wanted to share with you some vital takeaways, but do look out for our in-depth article about the 2019 report on our blog. 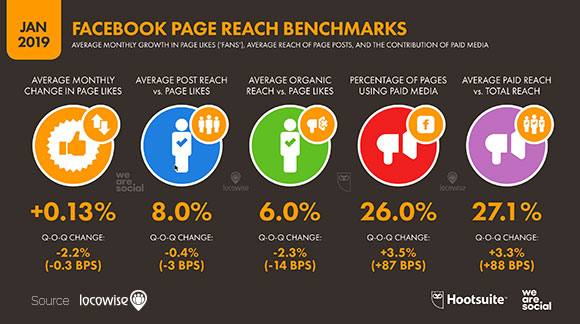 In 2019, we learned that there are now 4.39 billion internet users on the planet, a 9% increase from last year.

North America & Northern Europe, once again have the highest penetration of online users, both with 95% of their respective populations.

With an average of one million new users EVERY DAY, it is no wonder we are seeing such an astonishing number.

Globally, there are now 5.11 billion unique mobile users and with 3.36 million people on social media (representing a year-on-year increase of more than 10%) meaning access to the internet is easier than ever! 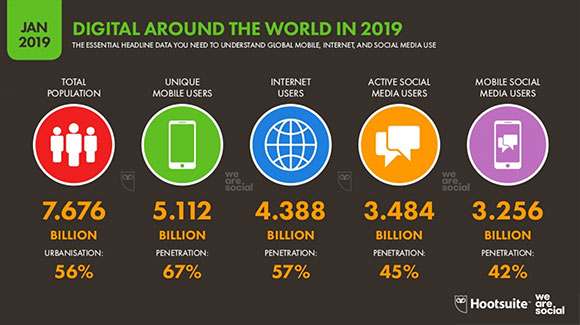 With so many humans on the internet, what is said about their time being spent online? Of course, we are now living in a world, where work and pleasure rely on the existence of the Internet, but the Digital 2019 Report hones into specific locations, which we found very interesting!

Morocco made the bottom of the ranks in 2018, though this year (and what we found very surprising!) we see an Asian country spending the lowest amount of time on the internet… Japan, on average, spends 03hrs 45mins daily online. 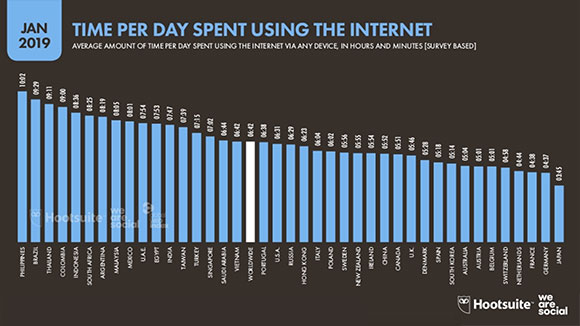 We wouldn’t leave without sharing some core aspects of the Facebook landscape for users in 2019. Brands… also one for you to note(!), we shared how Facebook Page Reach, Post Reach (Organic), Engagement & Audience performance have shaped up this year.

Getting users/fans to engage with content is always something we know social media marketers want to get right and so looking at the Average Facebook Post Engagement, we learned that Indonesia ranked top with 4.3% of people engaging with a Facebook Page’s Post. For Europe, Austria showed the highest signs of post engagement with 4.2%, whereas Italy was placed and the bottom, indicating that post engagement on Facebook for this community is not as important, with 3.1%.

If you’ve been following our blog for a while now, you’ll have an idea on the types of posts & overall content that will rally up high engagement. However, from a global perspective, the numbers are interesting and have taught us to not make assumptions. The right content is important and efforts to make it personal as well as represent your brands – needs to be constant. 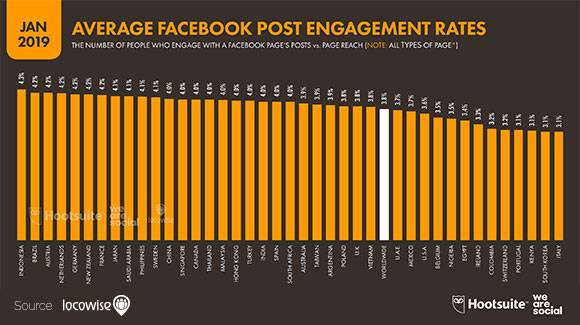 We invite you to dive in and discover the report in it all its glory! With lots of juicy data to sink your teeth into, we are certain you will come away with learning something new or at the very least, you can impress your colleagues when you next have that team meeting!

Would you like to be able to monitor your social media metrics on a daily basis? is it important to you that you know exactly what is going on on Facebook? of course it is, and that’s why we’re offering you a free week on the local wise platform. It helps brands and agencies manage social media and get results.